Next Lesson - When Haematopoiesis Goes Wrong

Haemoglobin (Hb) is a globular protein composed of four protein chains. These four chains are made up of 2α paired with 2 other chain types (see table below for normal variants of these chains). Attached to each of globin chain is an iron (Fe2+) ion which allows for oxygen bonding. 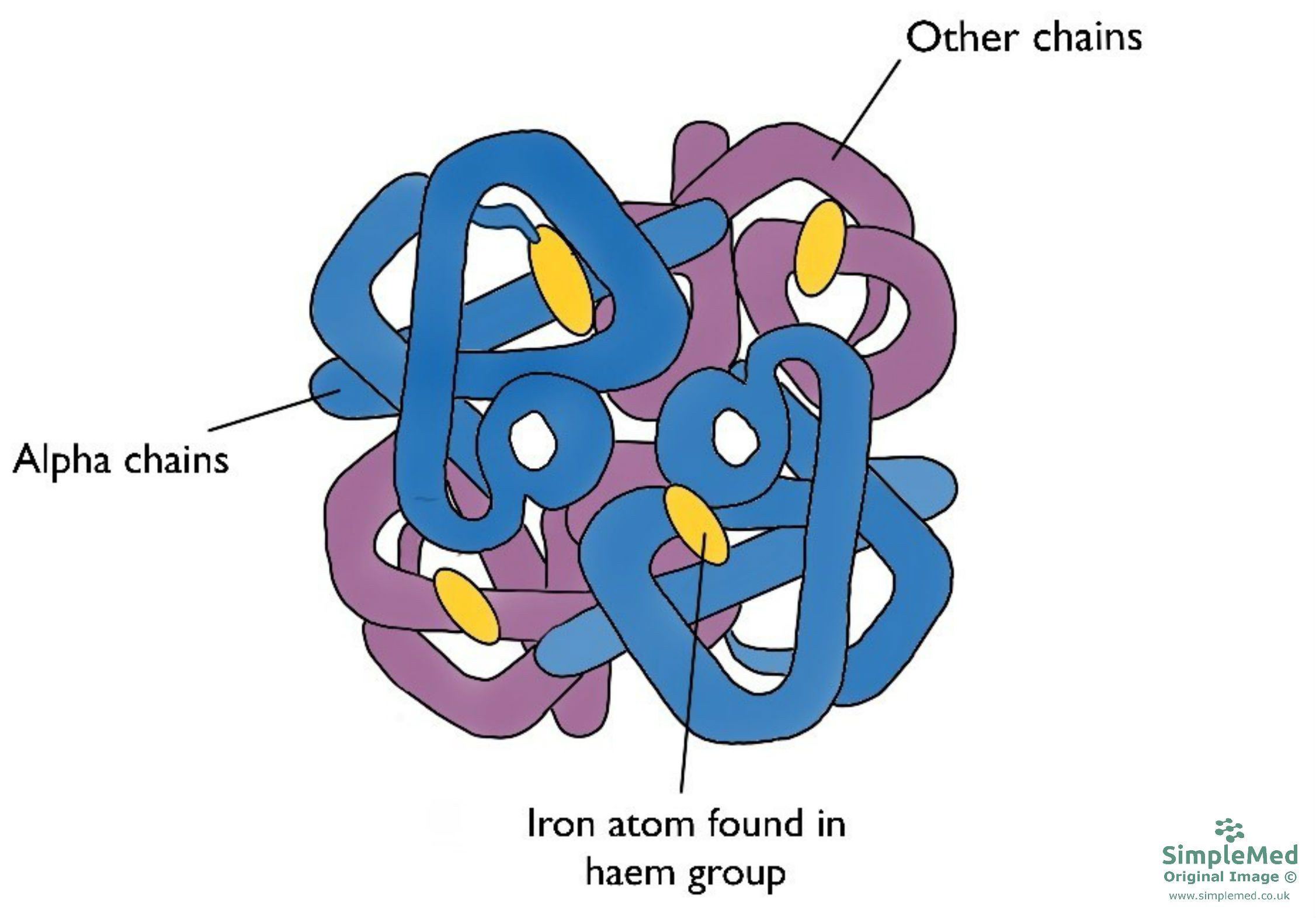 Figure 1. The structure of haemoglobin

Common forms of physiological haemoglobin that are found in the adult body are highlighted in the table below.

Figure 2. A table of the different haemoglobin variants

Haemoglobinopathies are genetic disorders (usually autosomal recessive) that alter the structure of haemoglobin. This may result in deformed structures, or reduced production of particular globin chains – called thalassaemias (covered in more detail later). This results in reduced oxygen carrying capacity of the blood, and produces symptoms of anaemia (for more details, see our article on Anaemia).

The most common types of haemoglobinopathies are thalassaemias and sickle cell disease.

Thalassaemias are autosomal recessive, inherited diseases resulting from the reduced rate of synthesis of normal α- or β- globin chains. This results in a lower level of intracellular haemoglobin which causes hypochromic, microcytic red cells seen in patients with thalassaemia. In a patient with thalassaemia, the spleen breaks down abnormal RBCs and the iron from the cells is retained rather than being reused. This excess iron causes hypersplenism, causing the spleen to break down more RBC and lowering haemoglobin levels even further – a splenectomy (removal of the spleen) is frequently performed. 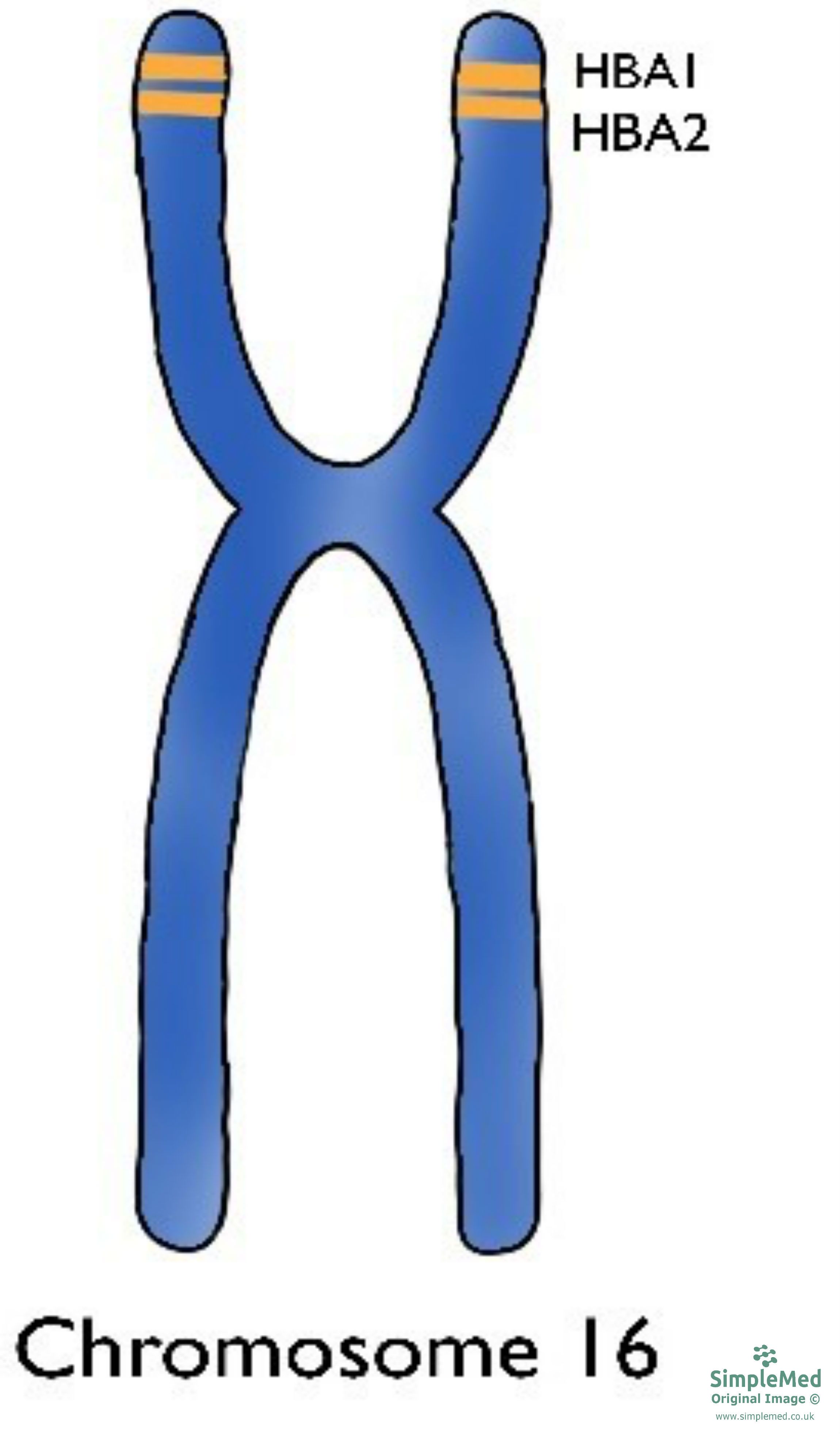 Figure 3. Chromosome 16 with the location of the α-globin chain gene shown

α-thalassaemias are caused by mutations (usually deletions) in the HBA1 and/or HBA2 genes on chromosome 16. The increased deletion of α chains means there are an excess of β chains in adults, and γ chains in fetuses. This means the patient is unable to form the normal globular proteins in the pattern of 2α and 2 other. The relative excess of these other chains leads to defective red cells, which are destroyed in large numbers by the spleen – this causes haemolytic anaemia.

Figure 4. A table of the different types of α-thalassaemias 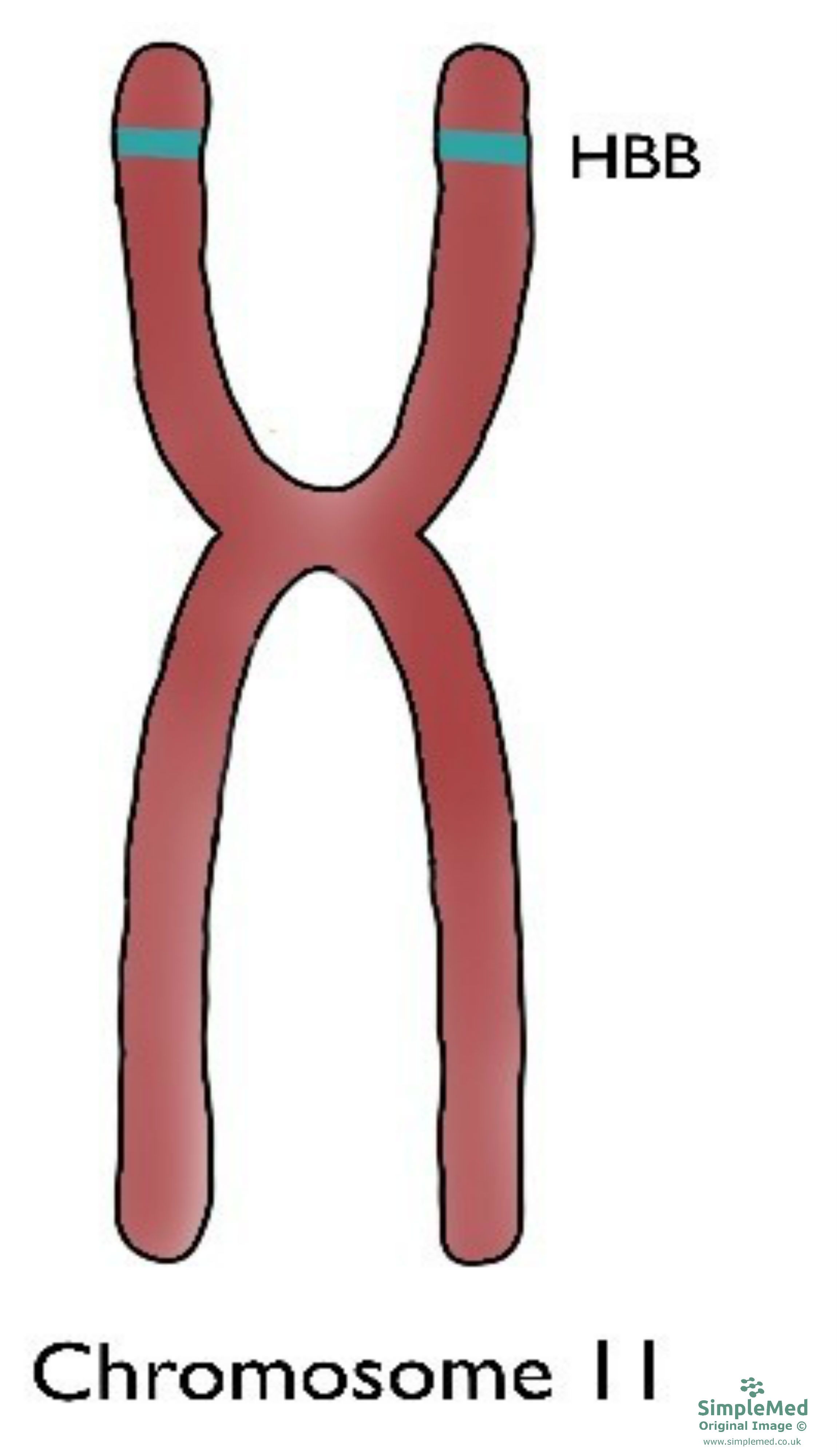 Figure 5. Chromosome 11 with the location of the β-globin chain gene shown

Beta thalassaemias are caused by mutations in the HBB gene on chromosome 11. The body’s inability to construct β chains leads to the underproduction of HbA – which is the most prominent haemoglobin variant in the body. This, similarly to α-thalassaemia, leads to microcytic anaemia.

Sickle cell disease (SCD) is another inherited haemoglobinopathy. Normally red blood cells have a biconcave shape and are flexible, meaning they can easily move through blood vessels.

However, in sickle cells disease, when deoxygenated the defective haemoglobin S (HbS - haemoglobin specific to sickle cell disease) polymerises causing deformation of the cell, losing its biconcave structure and becoming ‘sickle’ (or crescent moon) shaped. This irregular shape causes the sickle cells to become stuck in blood vessels, impairing the flow of blood to certain areas of the body. Furthermore, the cells are quite fragile so easily break down or are removed by the spleen, leading to a haemolytic anaemia. 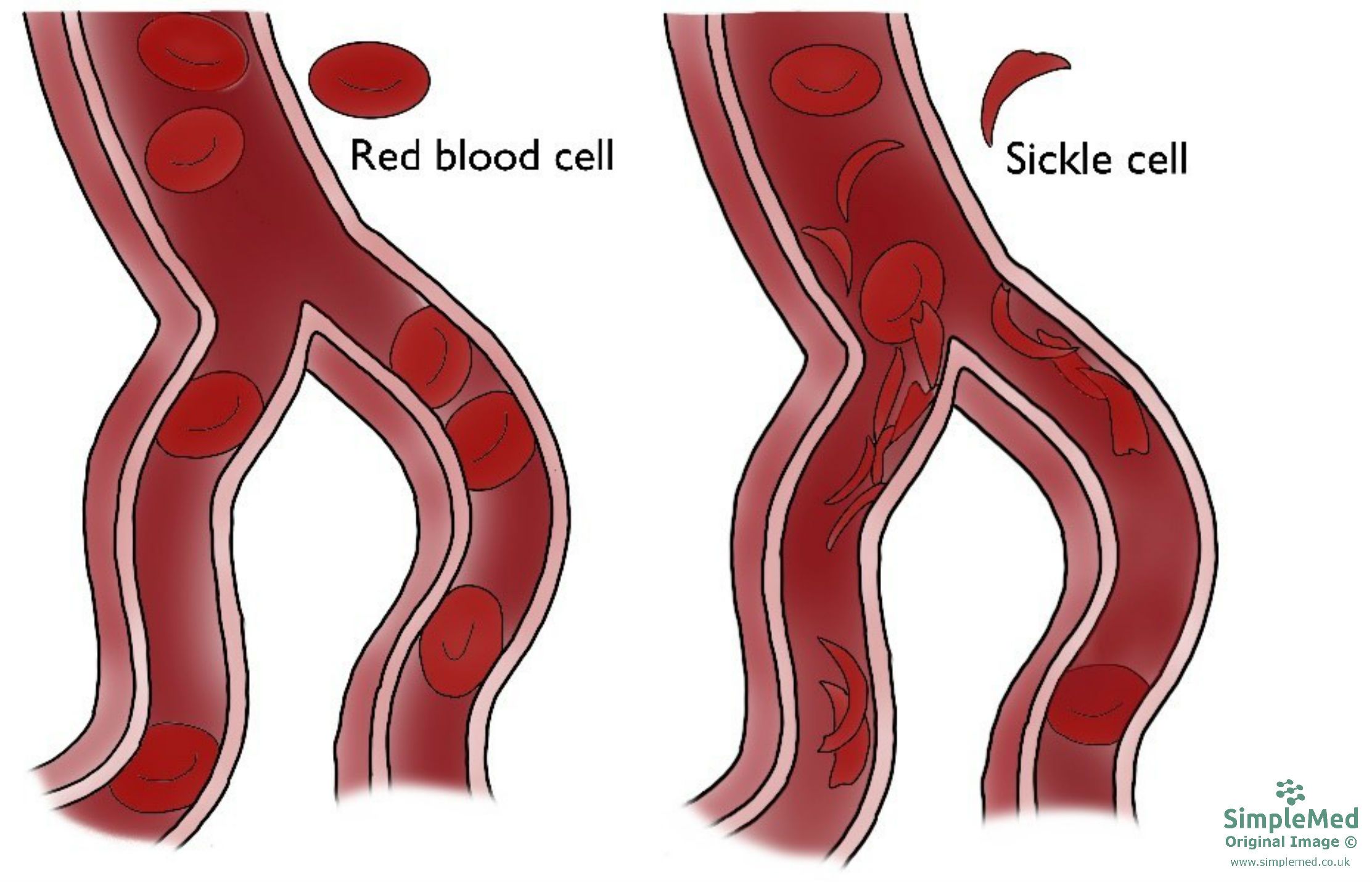 Like thalassaemia, sickle cell disease is inherited in an autosomal recessive pattern. In patients with SCD, at least one of the β chains is replaced with an abnormal version (HbS) – this causes the abnormal shape. Sickle cell anaemia, a severe type of SCD, is where both β globulin chains in HbA are replaced with HbS (homozygous recessive). Sickle cell trait can be found in up to 30% of the West African population, as it has been shown to be protective against malaria (sickle cell disease does not protect against malaria).

Signs and symptoms of sickle cell disease usually begin in early childhood and are caused by the sickle shape of RBC. The premature breakdown of the cells leads to anaemia (which can cause dyspnoea, fatigue and tachycardia) and if severe enough, pre-hepatic jaundice. If sickle cells get stuck in blood vessels this can lead to vaso-occlusive crises (which are very painful), as tissues and organs are deprived of oxygen and become ischaemic. One of the most severe complications of sickle cell anaemia is acute chest syndrome, which is a serious condition and is also exquisitely painful.

Although treatments are available to help manage the condition alleviate symptoms of the disease, the only curative treatment is a bone marrow transplant. Due to hyposplenism caused by multiple infarcts, prophylactic antibiotics and immunization should be given. Despite advancing care, patients have a greatly reduced life expectancy (67 years in the UK), the most common causes of death being strokes, multi-organ failure and acute chest syndrome.