Development of the Respiratory System

Next Lesson - Ventilation and Lung Mechanics

The respiratory system can be divided based on anatomical location into the upper and lower systems:

Opinion differs on where the upper airway ends, and the lower airway begins with some sources placing the larynx and trachea in different portions as listed here.

More helpfully for understanding physiology, the airway can also be divided based on function into the conducting portion and the respiratory portion:

The outpouching occurs from the foregut (the cranial end of the gut tube) and outer surface is covered with mesoderm.

As it is an outpouching, the respiratory diverticulum is continuous with the gut tube at the start of the development. To allow the formation of two separate systems, a tracheoesophageal septum forms. 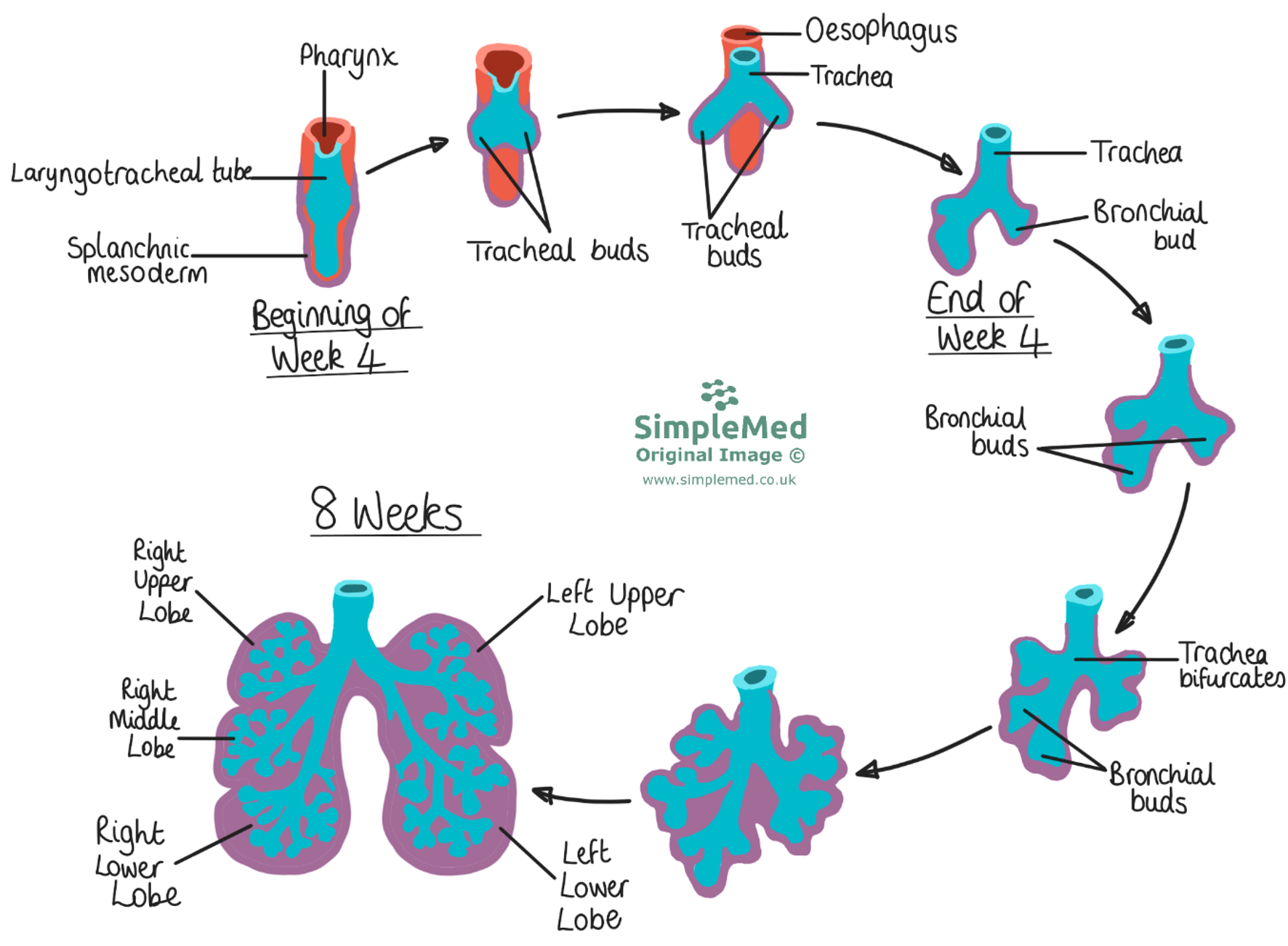 A tracheoesophageal fistula is an abnormal connection between the trachea and the oesophagus.

Embryologically, this occurs because the respiratory diverticulum and the foregut are continuous, and if there is a defect in the formation of the tracheoesophageal septum this connection persists.

There are multiple different types, which are shown in the simplified diagram below. 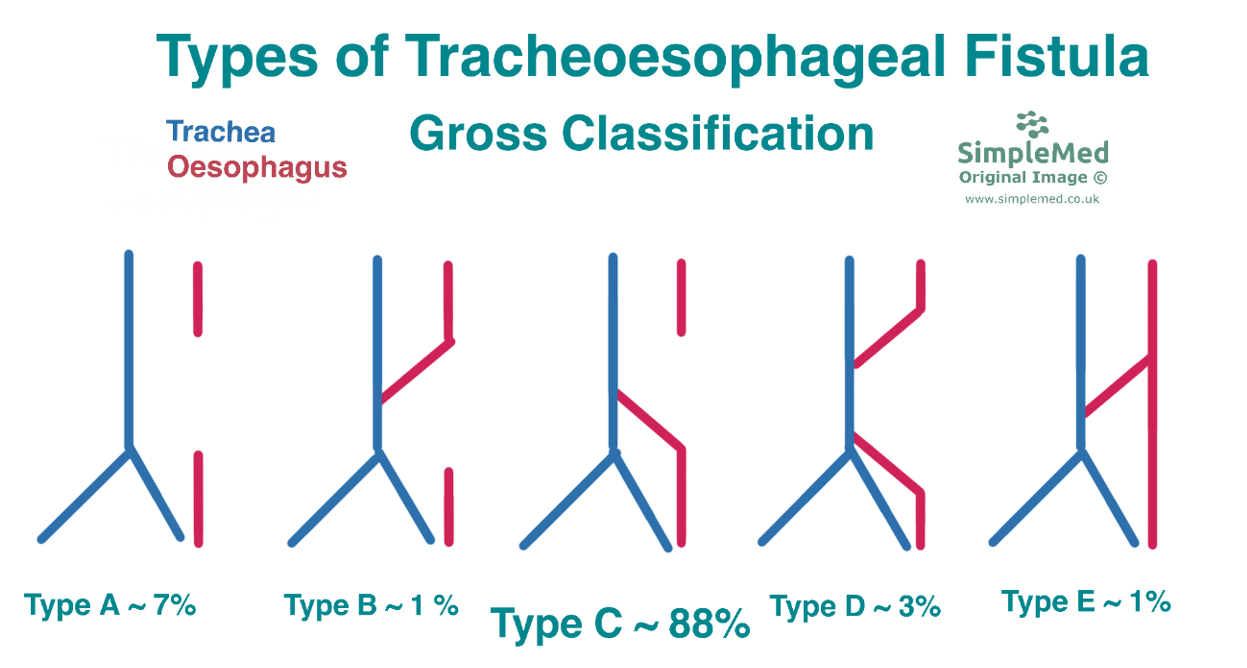 Diagram - The 5 types of tracheoesophageal fistula. Type C is the most common by far

This stage is known as the Pseudoglandular Stage.

The conducting portion of the airways continue to develop, forming bronchioles from the tertiary bronchi formed by the end of week 8.

At this point, the mesoderm that will develop into alveoli has not completed development, so there are no formed alveoli. This means that no gas exchange takes place in the lungs.

This stage is known as the Canalicular Stage.

As the alveoli have still not developed, there is only a very minimal gas exchange surface and the baby will be very unlikely to be able to survive. Therefore viability is only a possibility after the start of the terminal sack stage. This has implications for the threshold of viability which in the UK is set at 24 weeks of gestation.

This stage is known as the Terminal Sac Stage.

The alveoli begin to develop around 26 weeks gestation. Within the alveolar walls, there are two main cell types which arise:

Surfactant is made up of a mix of phospholipids and proteins, and plays a key role in reducing surface tension in the lung. Due to its hydrophilic and hydrophobic parts it lines the surface of the fluid lining inside the alveoli reducing the surface tension within the alveoli. This means that the alveoli are able to expand at smaller pressures. See our article here for more information about surfactant.

During the second and third trimesters the fetus also ‘practices’ breathing movements. The fetus will inhale and exhale the amniotic fluid it is surrounded by. This helps to condition the respiratory musculature for life, and helps to encourage the growth and development of the lungs.

Surfactant is clinically relevant in the pathophysiology of newborn respiratory distress syndrome. This occurs when a baby is born before the full development of type II pneumocytes, meaning their lungs do not produce sufficient surfactant.

Without the surfactant, the alveoli need higher pressures to expand which the baby cannot easily generate, resulting in difficulty breathing and signs of respiratory distress. If premature birth is unavoidable, the mother should be given glucocorticoids (steroids), which stimulate the production of surfactant in the fetus and improve their ability to breathe after birth.