An Introduction to Endocrinology

Next Lesson - Control of Appetite

Homeostasis is the maintenance of a stable internal environment within a dynamic equilibrium via negative feedback mechanisms.

The endocrine system, together with the nervous system, are responsible for maintaining homeostasis. This is achieved via the following pathway: 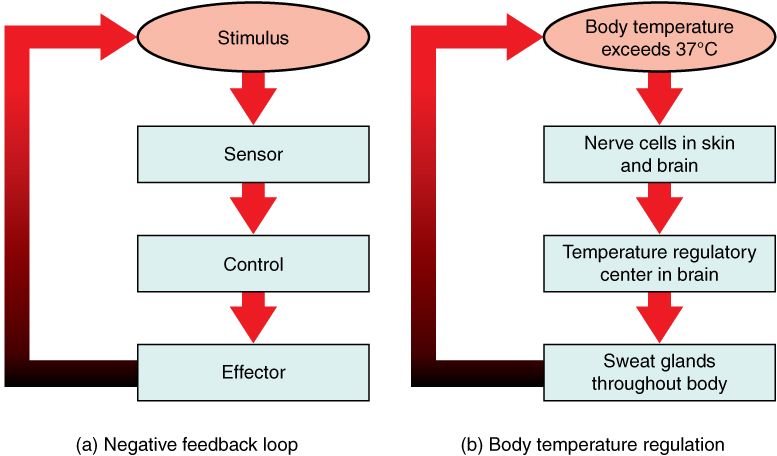 Diagram: A negative feedback loop, using thermoregulation as an example

The set point in a human can vary over time, which gives rise to biological rhythms. The human biological clock is found in the hypothalamus in the form of a small group of neurones collectively known as the suprachiasmatic nucleus. These neurones set the body’s circadian rhythm (around 24 hours). The biological clock receives input from environmental cues or zeitgeibers (light, temperature, physical activity etc.) and a hormone called melatonin, which is secreted by the pineal gland and forms the sleep-wake cycle in humans. A mismatch between environmental cues and the body clock (e.g. after a long-haul flight) results in jet lag.

Examples of biological rhythms include: 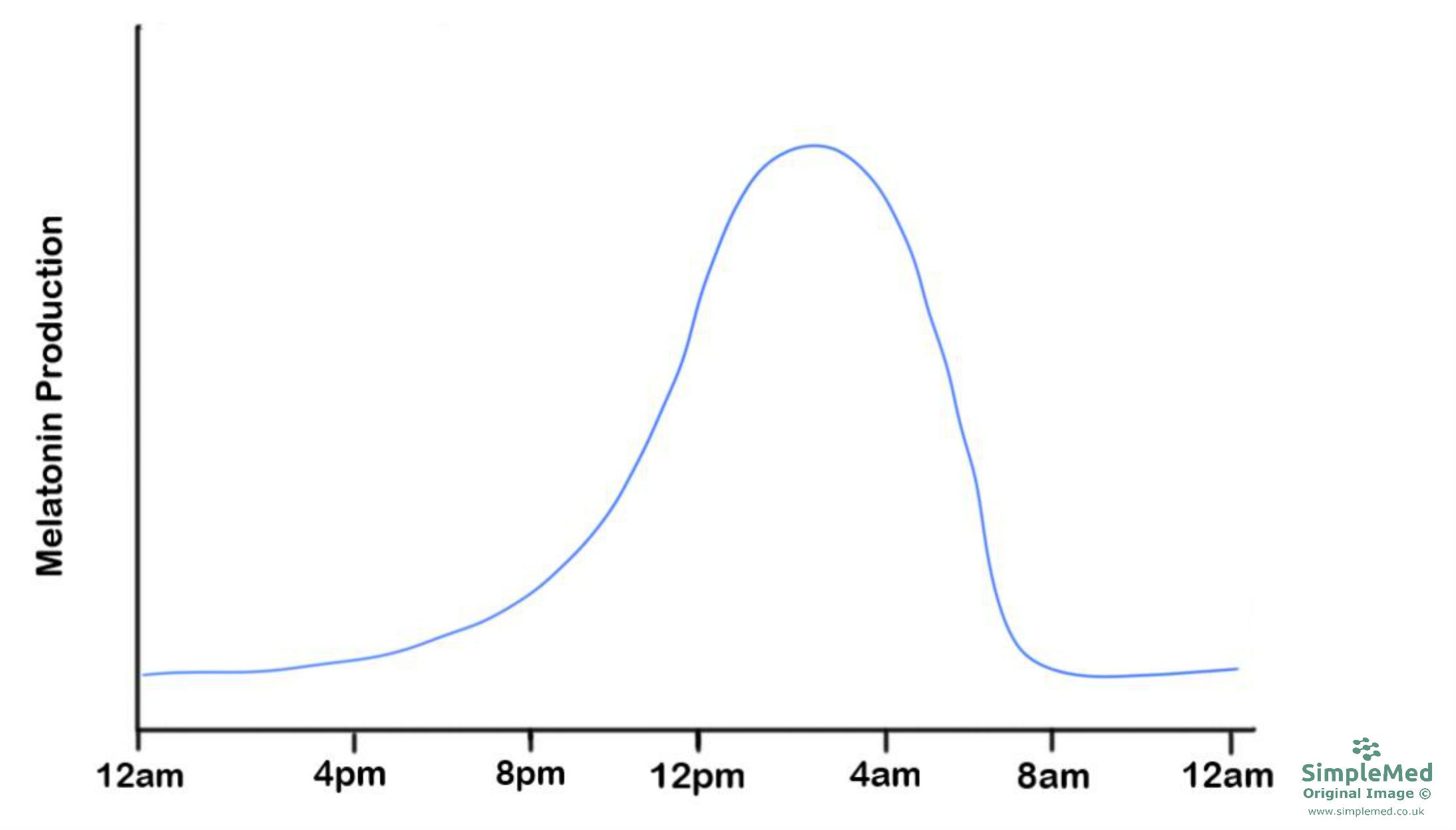 Graph: The rise and fall of melatonin levels (maintained by the pineal gland) within the body based on the time of day - melatonin is the key chemical involved in the diurnal cycle (known as the biological clock). Melatonin is responsible for controlling levels of "wakefullness" and inducing a sleep state, with problems relating to melatonin production/control leading to common ailments such as insomnia

An Introduction to Hormones

A hormone is a molecule which is secreted by an endocrine gland into the bloodstream to act on a distant target cell. Hormones are normally present in the blood at very low concentrations (often in the picomolar to micromolar range).  It is usually a change in the concentration of the hormone that produces a response in a target cell.

Hormones can be classified according their chemical structure: 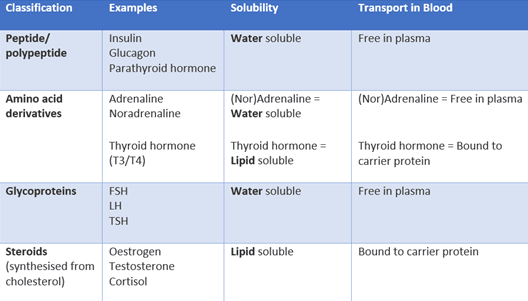 The endocrine glands that produce the polypeptide hormones and catecholamines normally store their hormonal products within the cell in discrete storage vesicles prior to secretion. The steroid producing tissues do not normally store hormones, but store cholesterol as cholesterol esters. The thyroid gland is an exception to this rule, as its hormonal products are stored outside the cell as colloid.

The secretion of hormones is generally controlled by negative feedback, but in many cases the secretion of one hormone is controlled by another. In this arrangement, the second hormone is known as the tropic hormone (not to be confused with trophic hormone: a hormone that stimulates growth in the target tissue). Tropic hormones are mostly secreted by the anterior pituitary gland. One example of this is the hypothalamic pituitary gonadal axis, shown in the diagram below.

Diagram: Action of tropic hormones using the hypothalamic-pituitary-gonadal (HPG) axis as an example. GnRH is released from the hypothalamus, stimulating the anterior pituitary to release FSH and LH, which act on target cells within the ovaries/testes

Hormones exert their effects by binding to receptors on the target cell. The type of receptor depends on the type of hormone.

Lipophilic hormones (e.g. cortisol) bind to intracellular receptors located within the cytoplasm or nucleus. Due to their lipophilic nature, they can pass through the phospholipid bilayer of the cell. They exert their effects by modulating gene transcription.

Hydrophilic hormones bind to extracellular receptors. These include:

Inactivation of hormones occurs in the liver and kidney, and sometimes in the target tissues themselves. Steroid hormones are inactivated by a small change in chemical structure that increases their water solubility, enabling them to be excreted from the body in urine or via the bile. Protein hormones undergo more extensive chemical changes and are degraded to amino acids that are reused for protein synthesis.