Next Lesson - Embryological Development of the Cardiovascular System

When an action potential (AP) reaches the cardiac muscle, it travels down the T-Tubules (deep invaginations of the myocyte cell membrane).

The AP causes the opening of L-type calcium channels that are found on the cell surface membrane, causing an influx of calcium ions into the sarcoplasm.

The calcium that has been released, binds to troponin C causing a conformational change in tropomyosin to expose binding sites on actin. The myosin heads bind to these sites. This then allows the sliding filament mechanism to occur and for the cardiac muscle to contract. 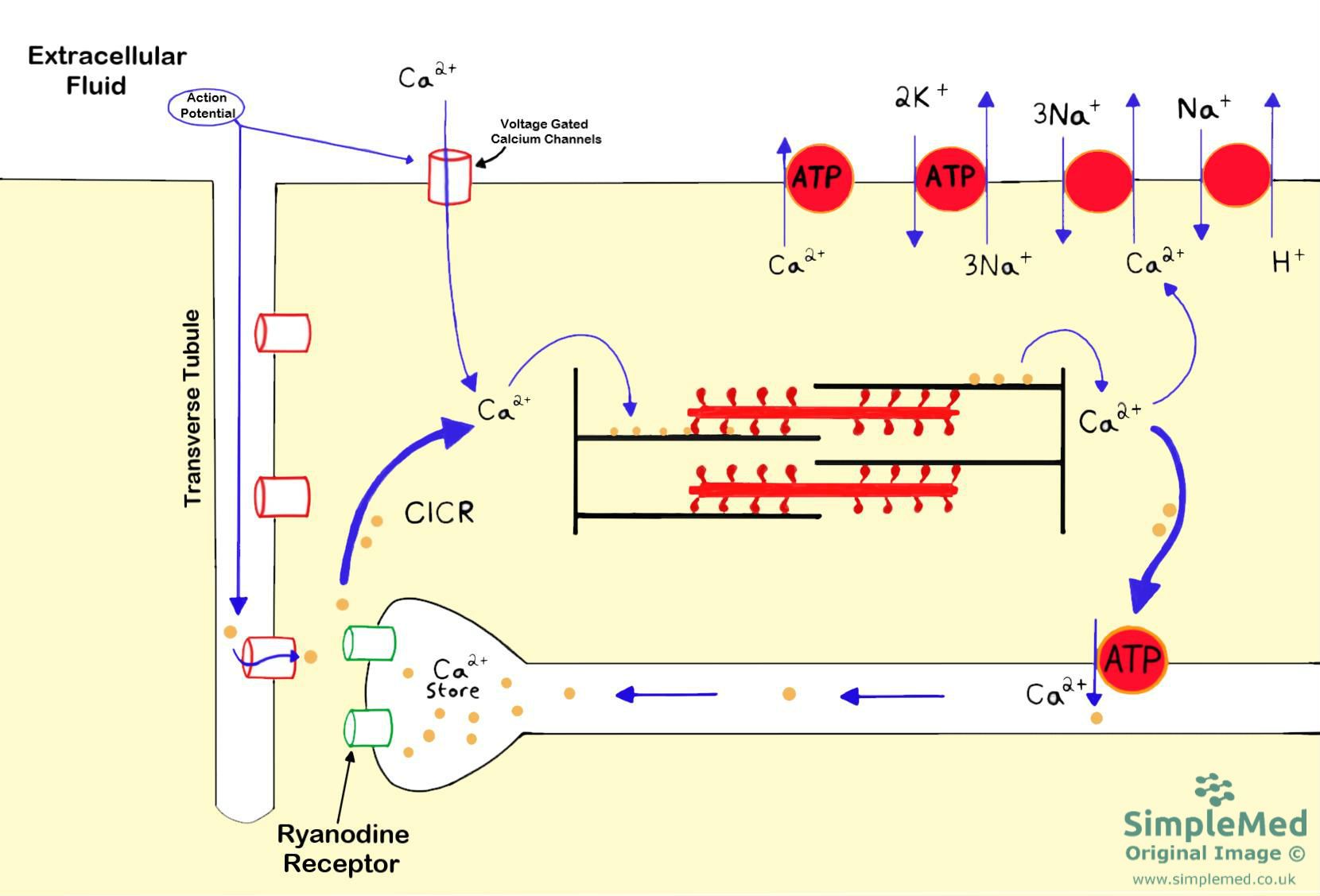 The cells within the Sino-Atrial (SA) node slowly depolarise triggering a wave of depolarisation which will spread through the conduction system of the heart, causing it to beat.

Repolarisation lowers the potential back down to resting membrane potential, and the VGKC inactivate and close. The HCN channels activate and open, and the cycle restarts.

The sympathetic nervous system releases noradrenaline and adrenaline which can act on the β1-adrenoreceptors present on the cell surface membrane of the SA node cells. Interaction with these receptors causes a faster pacemaker potential to increase the heart rate. 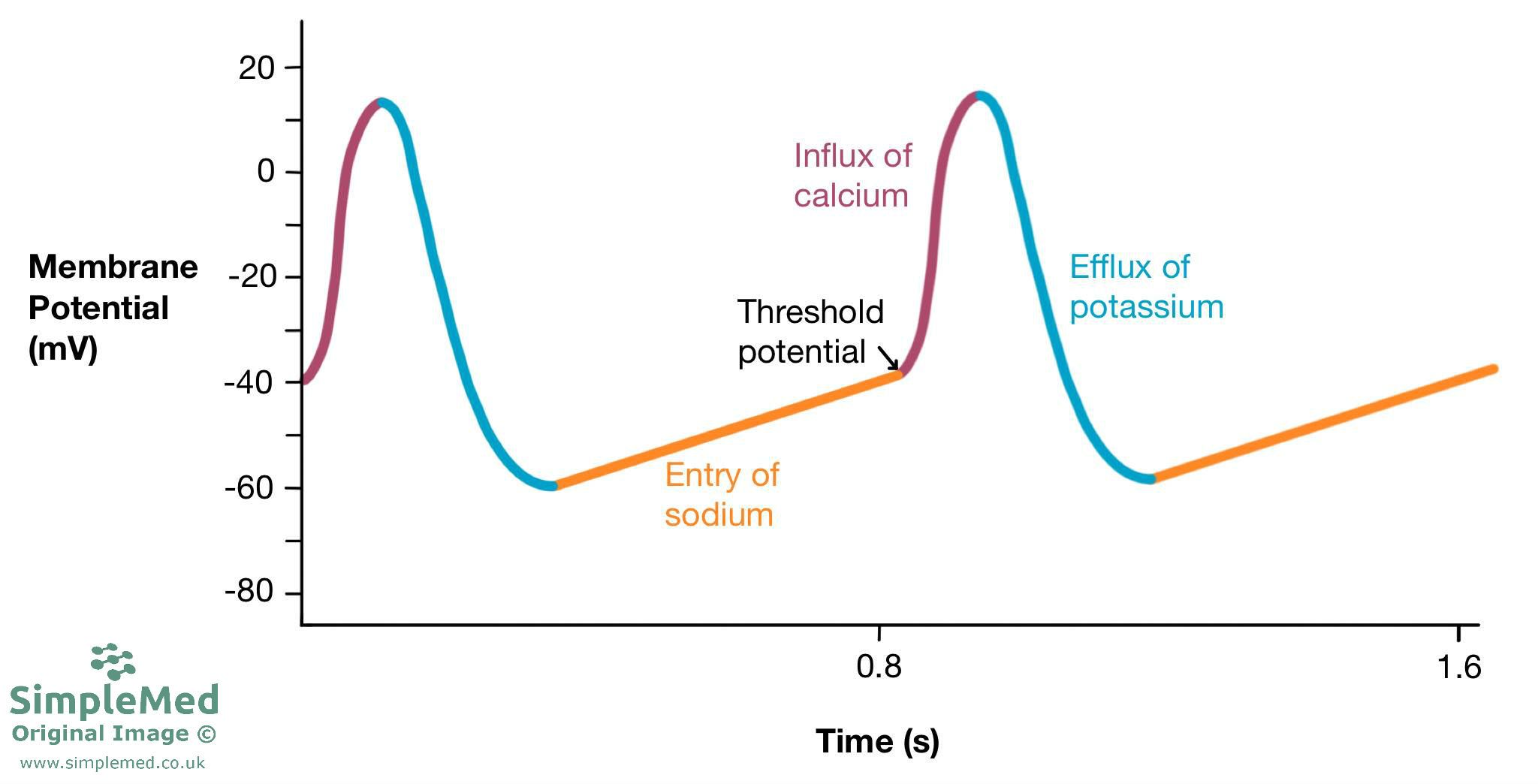 When the myocytes in the ventricles receive an AP from the conduction system, a special membrane potential is generated.

When depolarisation reaches the myocytes, the threshold is reached (around -80mV) and the voltage-gated Na+ channels (VGNC) open to allow an influx of Na+ ions into the cell. This is the upstroke of the AP (the orange line on the diagram below).

The AP peaks at around +20mV, where the VGNC close and there is opening of some VGKC. This results in transient repolarisation, with some K+ ions moving out the cell (small blue line).

L-type voltage-gated Ca2+ channels open and Ca2+ ions move into the cell. The influx of Ca2+ ions causes a plateau as the efflux of K+ ions is counteracted (purple line). This calcium  binds to troponin C allowing muscle contraction to take place.

Once muscle contraction has occurred, there is inactivation of the Ca2+ channels and more VGKCs open to allow more K+ ions out of the cell and cause repolarisation (final blue line).

The membrane potential then reaches about -90mV where the VGKCs inactivate and shut. The myocyte then waits for the next wave of depolarisation to start the ventricular action potential again. 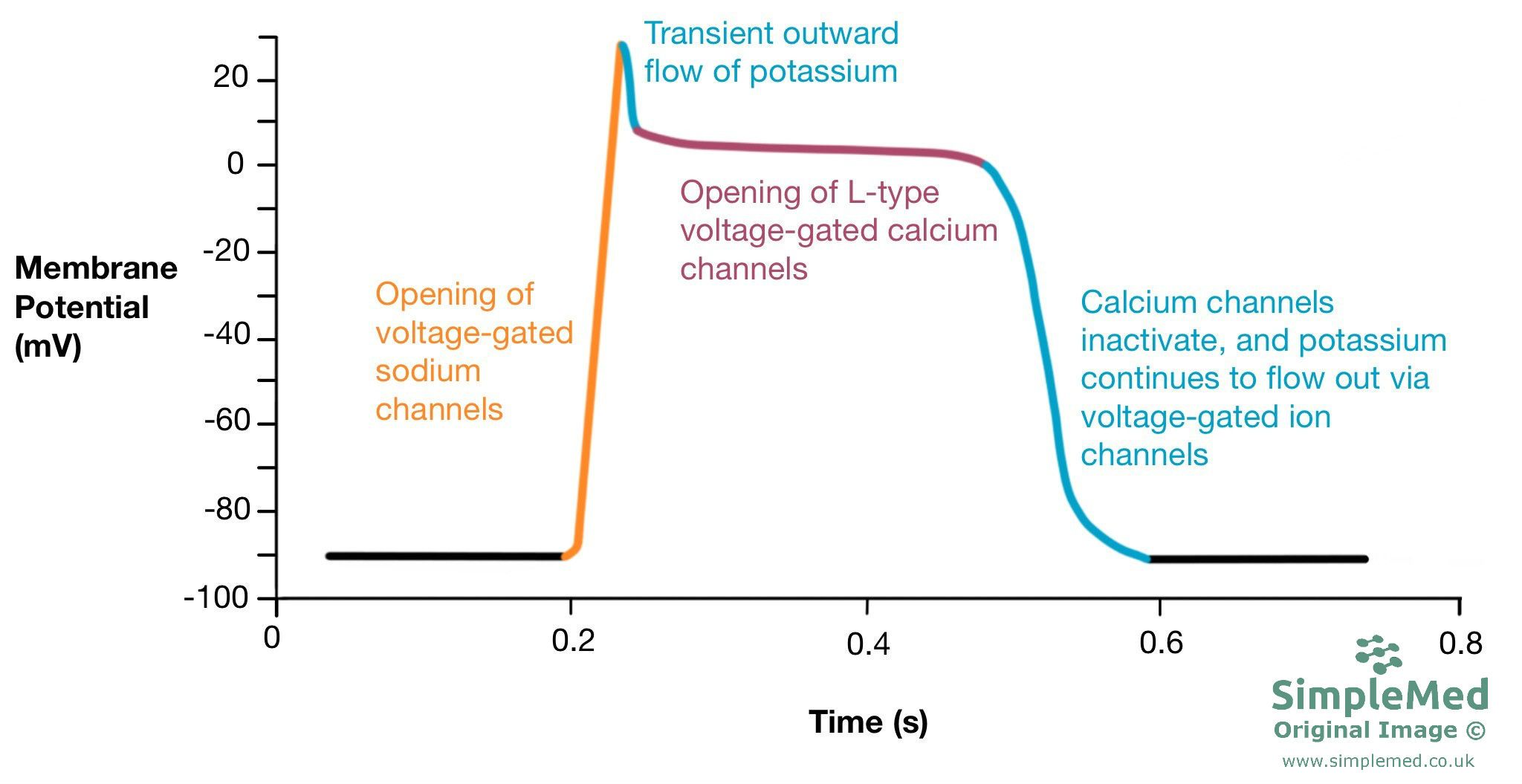 There are changes to the ventricular action potential if a patient has hyperkalaemia or hypokalaemia: 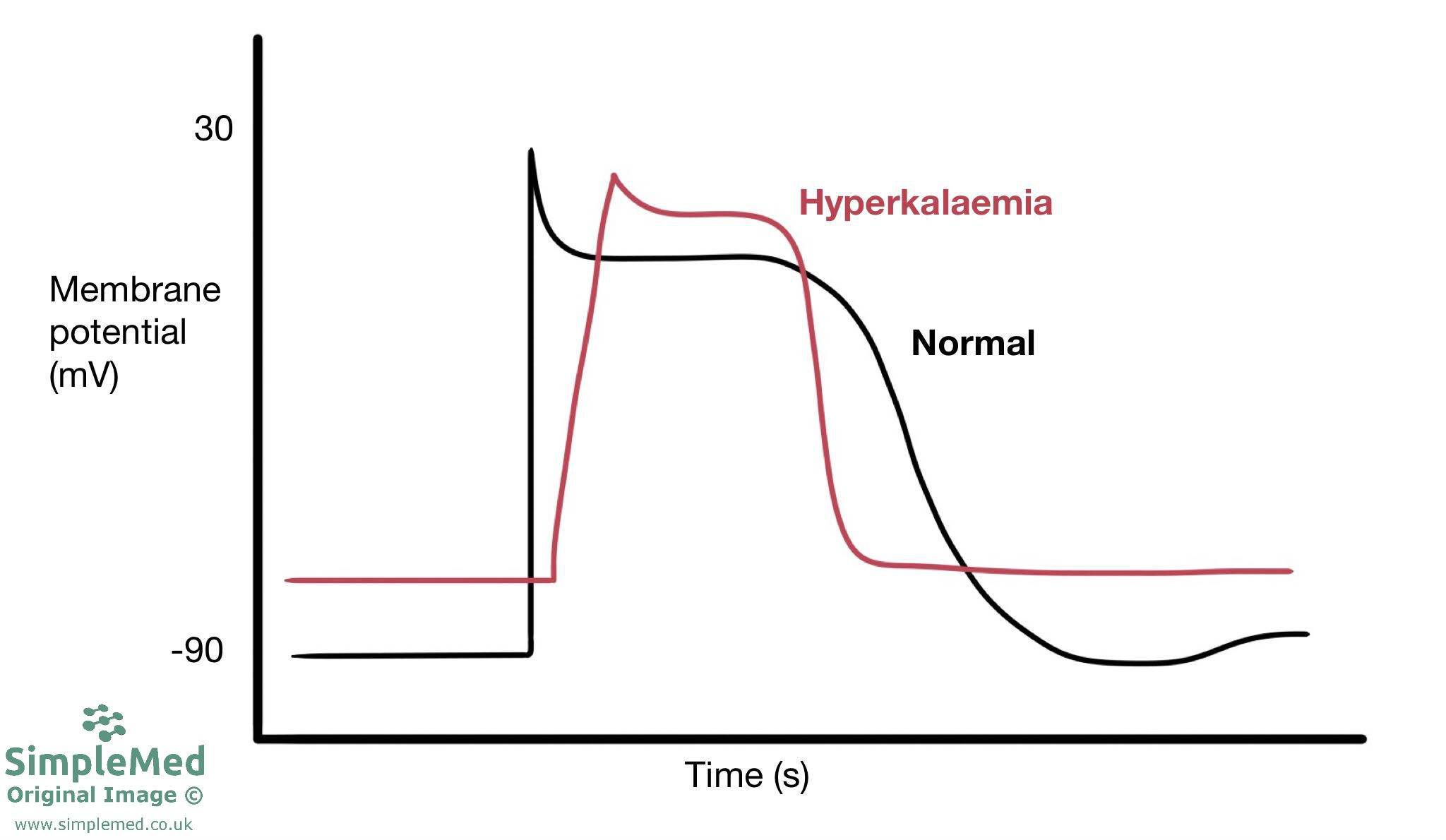