Next Lesson - The Temporomandibular Joint

Introduction to the Skull

The skull, or cranium, is the bony skeleton of the head. It is made up of 22 individual bones which are joined by fibrous joints called sutures. These bones form by intramembranous ossification.

The skull can be broadly divided into two parts:

The facial skeleton is made up 14 bones: 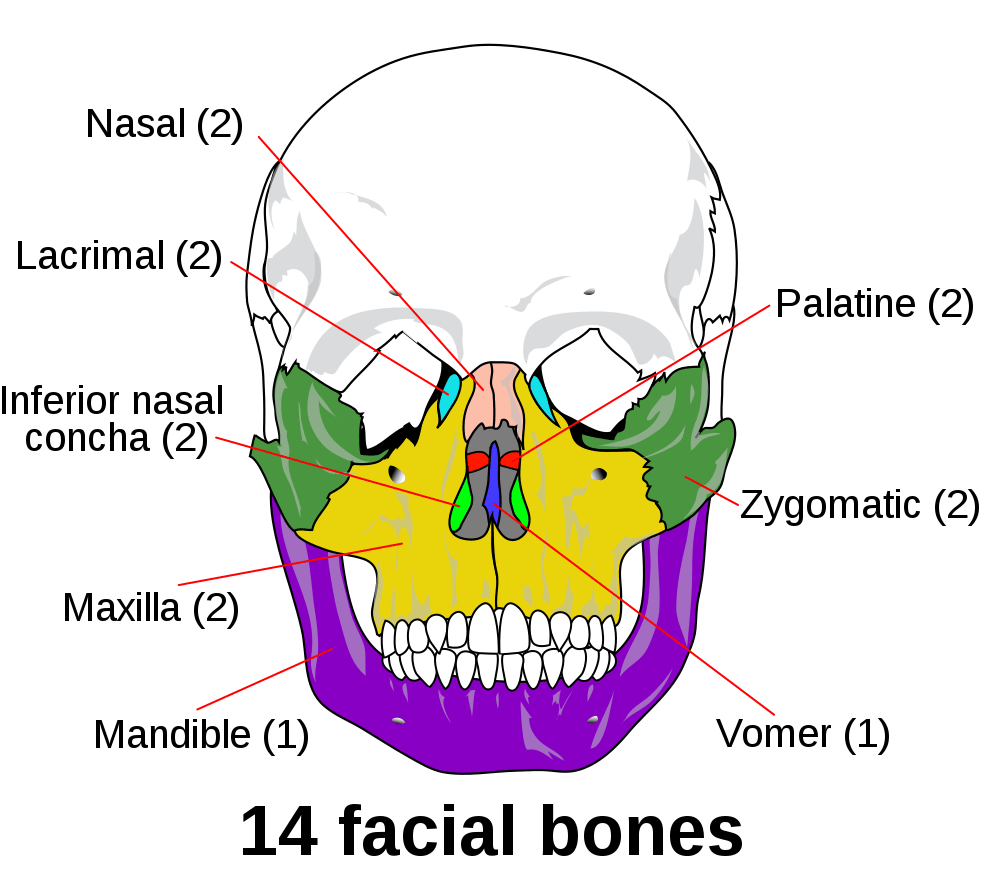 Diagram - Osteology of the viscerocranium

The calvaria is the roof of the neurocranium. It comprises of 4 bones: frontal, occipital and two parietal bones.

The bones of the calvaria are joined by sutures. Important suture lines to note are:

In infants, the skull is immature, leaving membranous gaps between ossified bone. This permits enlargement of the skull in line with the growth of the brain. These unossified areas are termed fontanelles: there is an anterior fontanelle and posterior fontanelle. These fontanelles typically fuse at 18-24 months and 1-3 months, respectively.

The areas of the adult skull which correspond the previous locations of the anterior and posterior fontanelles are called bregma and lambda, respectively. 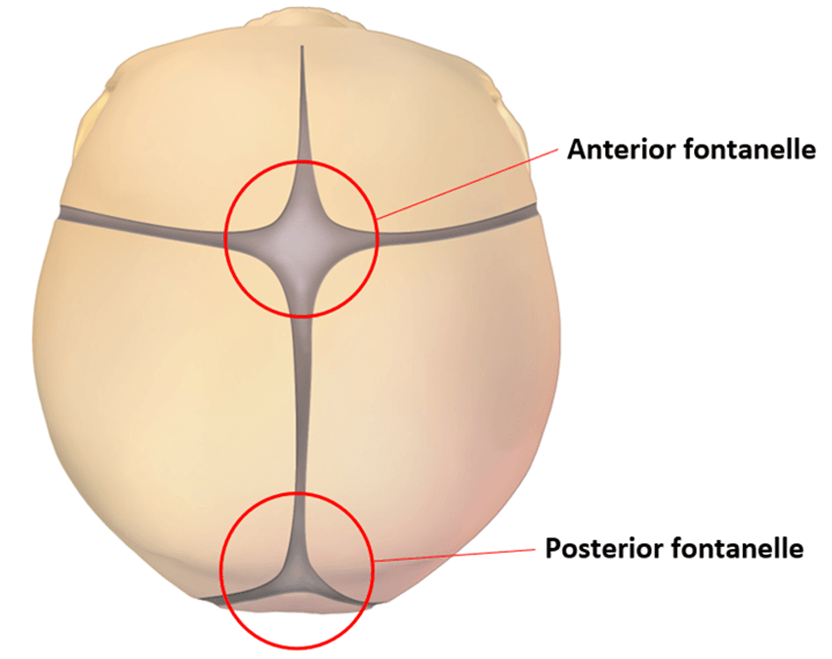 Diagram - The anterior and posterior fontanelles

The bone of the calvaria is arranged in 3 layers:

The cranial floor is the inferior portion of the neurocranium which the brain rests upon. It is formed by parts of the frontal, ethmoid, sphenoid, temporal and occipital bones.

The cranial floor is anatomically divided into three depressions known as the cranial fossae: 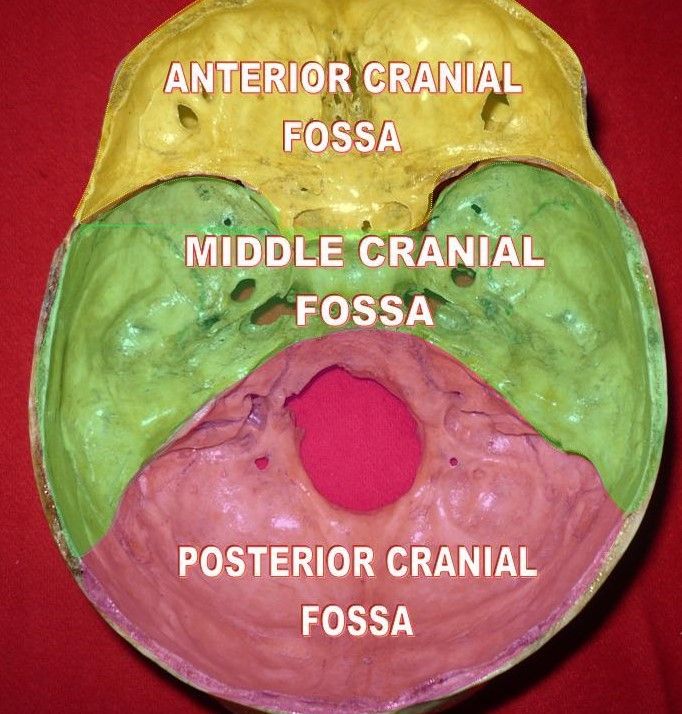 The cranial floor contains a series of canals, foramina and fissures which transmit important structures such as arteries, veins and nerves. These are summarised in the table below: 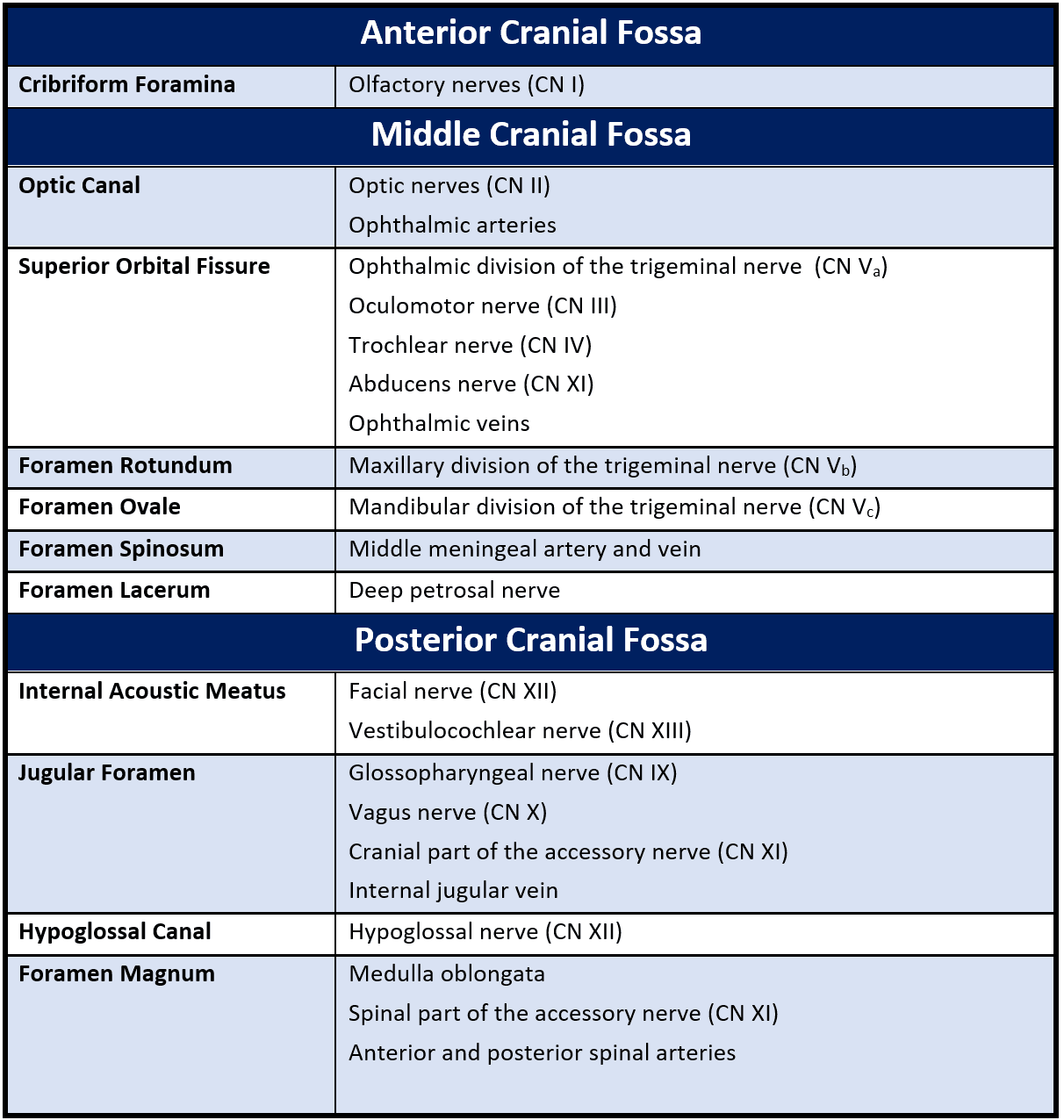 Table - Summary of the cranial foramina and their contents 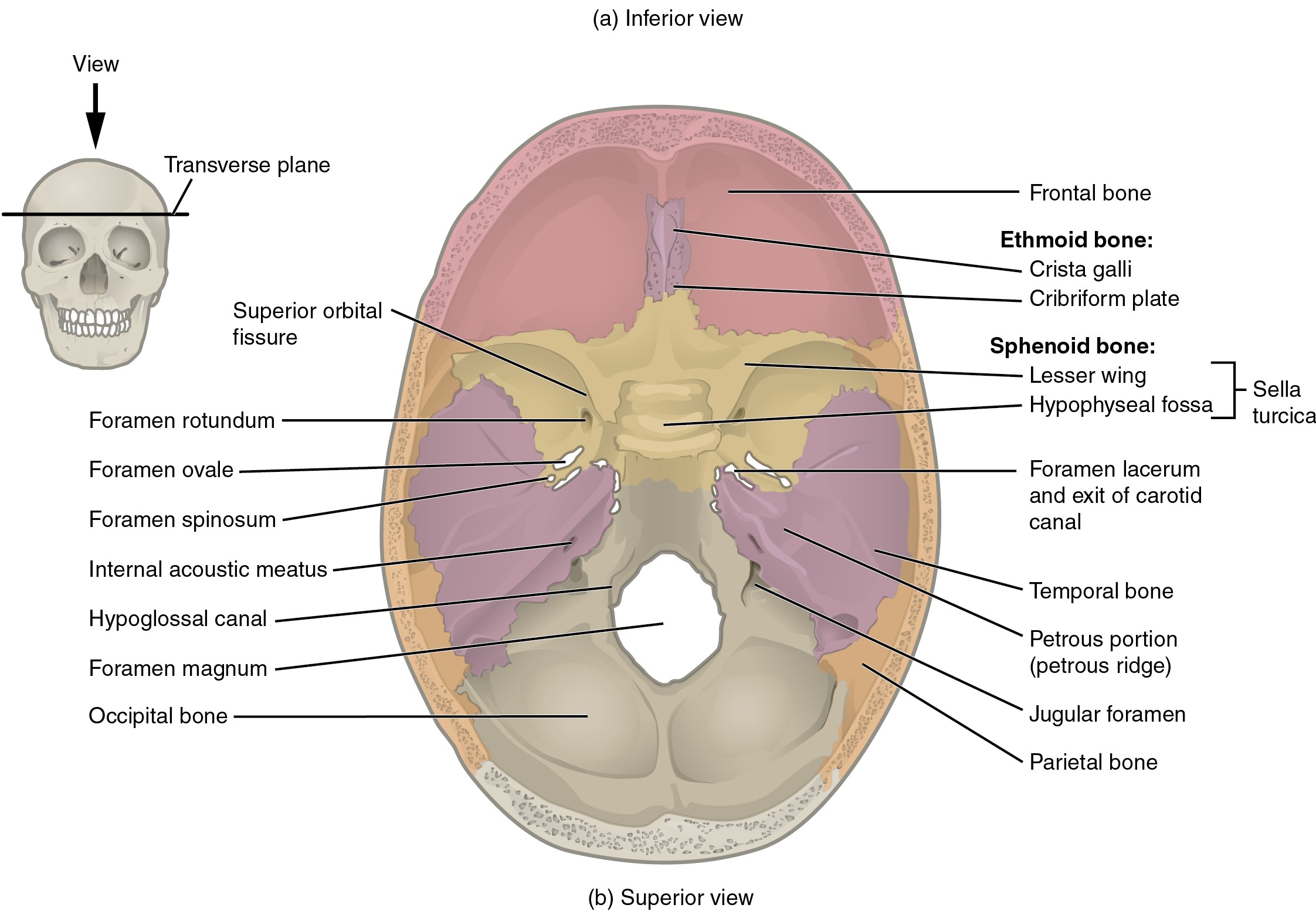 Diagram - Openings of the cranial floor

The skull is a very strong structure and so skull fractures require significant blunt trauma or a penetrating injury.

Fractures of the cranial vault can be either linear or depressed: 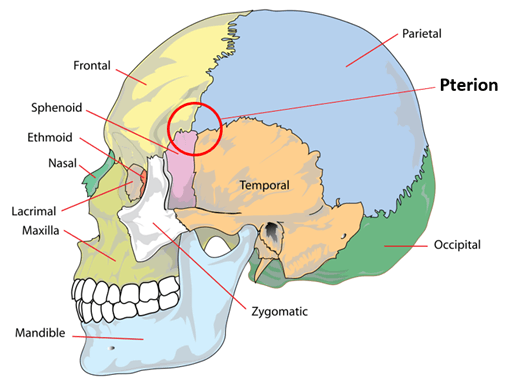 Diagram - Skull with the pterion circled

Fractures of the cranial floor (basal skull fractures) are rare but must not be missed. They classically present with very specific signs:

Fractures of the facial skeleton are common. The nasal bones are most susceptible due to their prominent nature on the face. The zygomatic arches and mandible are also commonly affected. In up to 60% of cases the mandible is fracture in two places.