Next Lesson - Development of the Head and Neck

For an introduction to cranial nerves, including tips for remembering their names and functions, and their anatomical location, please see the first article on Cranial Nerves I-VI found here.

This nerve is responsible for both motor and sensory function. It originates from the pons and enters the petrous part of the temporal bone via the internal acoustic meatus.

From there, it can separate into 4 branches:

Depending on which branch is affected, patients can present differently. Patients may present with a facial palsy (due to paralysis of the muscles of facial expression) or other symptoms such as hyperacusis (increased sensitivity to sound), dry eyes, and altered taste. Middle ear pathology affecting the petrous bone can involve the facial nerve.

Image - Multiple pictures illustrating a facial palsy on the left side. Notice the lack of facial expression on the left

Test the facial nerve by examining the muscles of facial expression – this can be done by encouraging the patient to pull faces as seen in the photograph above.

It can also be tested by eliciting the corneal reflex, as the temporal and zygomatic branches of the facial nerve supply the efferent (motor) part of this reflex.

Stemming from the inner ear, the vestibulocochlear nerve passes through the internal acoustic meatus, into the pons. 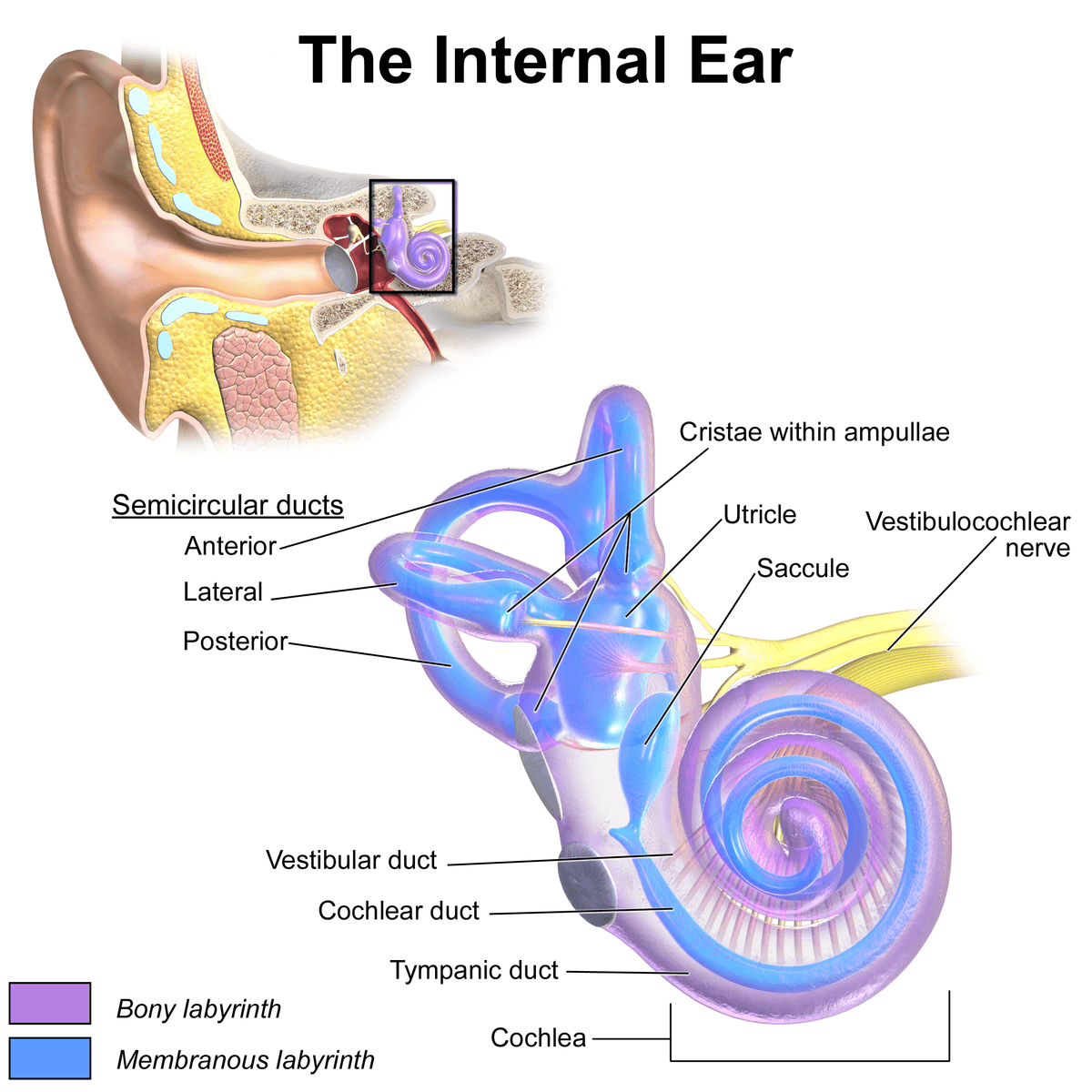 Diagram - The location of the vestibulocochlear nerve within the middle ear

Pathology of the vestibulocochlear nerve depends on which part of the nerve is affected.

If only the cochlear portion is affected (which is rare) hearing loss will be the main symptom.

If only the vestibular portion is affected, for example by ototoxic antibioitcs or Meniere’s Disease, balance issues will be the main symptom.

If both are affected together in the vestibulocochlear nerve, such as in an acoustic neuroma, hearing and balance may be affected.

Test the vestibulocochlear nerve by testing hearing (gross hearing, Weber’s and Rinne’s tests etc.), and through asking about balance.

This nerve extends from the medulla, passing through the carotid canal and exits through the jugular foramen before supplying innervation.

Damage to this nerve can be caused by compression of the nerve by other structures for example tributaries of the carotid artery or jugular vein.

Similar to the glossopharyngeal nerves, the vagus has multiple functions:

Understanding the pathway could prove vital when considering differential diagnoses for hoarseness and dysphonia.

Damage to this nerve can result in hoarseness of voice or dysphonia due to paralysis of the muscles of speech.

To test this nerve, examine the patient’s speech, cough and swallow. Additionally, examine for uvula deviation (when getting the patient to say ‘ahhh’). The uvula will deviate away from the side of the lesion.

The gag reflex can also be tested for this nerve, as the vagus nerve supplies the efferent (motor) arm of this reflex.

Also known as the spinal accessory nerve, this nerve provides innervation to the trapezius and sternocleidomastoid (SCM) muscles.

It originates from the medulla, passes through the internal jugular foramen before passing deep to the SCM and running posterolaterally towards the trapezius.

Damage to this nerve can be caused by anything from stab wounds to blunt force trauma, because it has a very superficial course in the neck. It will result in paralysis of the trapezius and SCM muscles, meaning winging of the scapula is common.

This nerve provides innervation to all the muscles of the tongue (except the stylopharyngeus muscle).

This nerve originates in the medulla and exits through the jugular foramen. It runs just medial to the angle of mandible before innervating the muscles of the tongue.

Test this nerve by examining the appearance and movement of the patient’s tongue. Pathology of this nerve will result in weakness and atrophy on the ipsilateral side.

This can be remembered by the phrase ‘lick the wound’ because the tongue deviates towards the injured side. 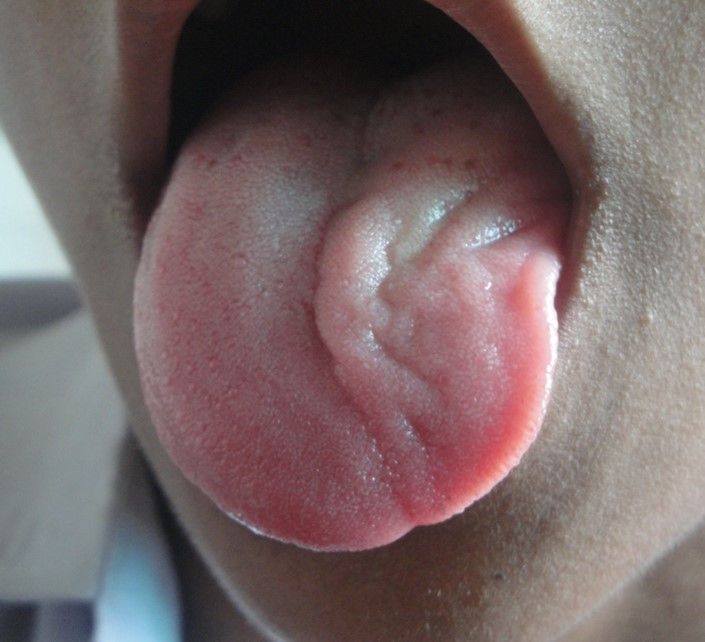 Image - Unilateral hypoglossal nerve palsy on the patient’s left side. Notice how the tongue deviates towards the left