Streptococci are a genus of Gram-positive cocci that usually assemble linearly forming chains.

Streptococci are classified based on their haemolytic properties:

There are a few other ways to describe streptococci. One of them is known as Lancefield grouping and is based on cell wall antigens: it describes the specific carbohydrates found on the bacterial cell wall (group A to V)(group B strep which causes neonatal sepsis is based on this grouping). The other way of classifying Streptococci, known as Sherman’s grouping, is based on their physiological properties and describes whether the streptococcus species is pyogenic, viridans, enterococcal or lactic. So, for example, S. pyogenes is described as beta-haemolytic, pyogenic (both Sherman) and group A (Lancefield).

Many streptococci are part of our normal flora. However, there are a number of virulence factors (molecules and mechanisms that increase a bacterium’s effectiveness and ability to multiply) that render pathogenic species challenging for the body to eliminate on its own.
Let’s look at Streptococcus pyogenes as an example: some of its virulence factors proper to group A streptococci include:

N.B. Not all S. pyogenes are equipped with all these virulence factors as there is variation between strains.

One of the clinical manifestations of a S. pyogenes infection is streptococcal pharyngitis commonly referred to as Strep throat. It mainly affects children aged 5 to 15 and is transmitted via droplet spread. It arises as a sore throat initially, later accompanied by malaise, fever, headache and eventually swelling of the tonsils which may later take on a characteristic pustulous appearance. The current guidance for strep throat is supportive treatment and antibiotics are not indicated. This is as; not treating the infection is beneficial for the patient as they will develop an antibody to M protein giving them immunity to group A streptococci and secondly there is little proof that at time of presentation that antibiotics lead to any improvement in outcome and time of resolution. Furthermore, in times of increasing antibiotic resistance (see our article on antibiotics) antibiotics should only be prescribed when absolutely necessary. However, if the strain also contains pyrogenic exotoxins, the streptococcal pharyngitis can develop into scarlet fever: an additional characteristic rash and fever caused by the erythrogenic action of the toxins. This complication does warrant rapid treatment with antibiotics as does all other complications. 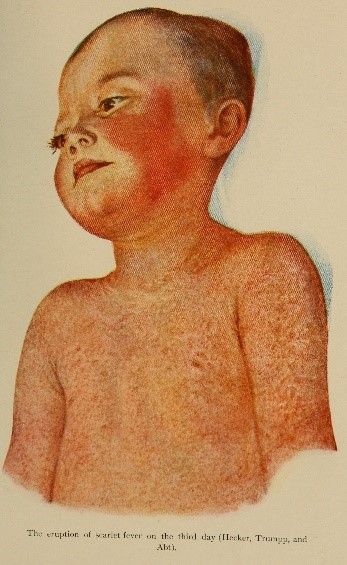 Other complications that can arise from streptococcal pharyngitis are: 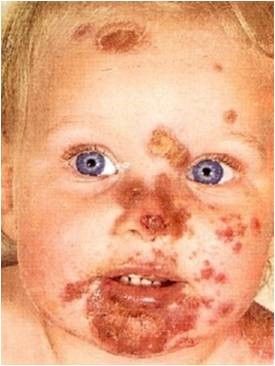 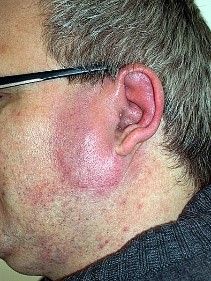 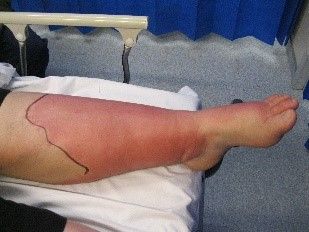 Finally, toxic shock syndrome (TSS) is a very serious reaction to endotoxin-mediated bacterial infection (S. pyogenes – referred to as Streptococcal TSS – and MRSA being the two most common causing organisms). Caused by entry of the bacteria into the bloodstream after a deep tissue infection. It quickly progresses to bacteraemia, vascular collapse and ultimately organ failure if not picked up quickly. Patients can progress from mildly symptomatic to death in just a few hours. The severity of infection is caused by exotoxin released by the bacteria triggering T cells to give a non-specific systemic inflammatory response leading to vascular collapse.