Both of these hormones are produced by neurosecretory cells in the supraoptic and paraventricular nuclei of the hypothalamus. They are then transported down nerve cell axons to the posterior pituitary, where they are stored. They are released from the posterior pituitary into the general circulation when stimulated. The hormones then travel round the circulation to act at distant targets.

The other hormones synthesised in the hypothalamus are transported down axons and stored in the median eminence (a part of the hypothalamus) before being released into the hypophyseal portal system. When released, these hormones stimulate target endocrine cells in the anterior pituitary to release their hormones. 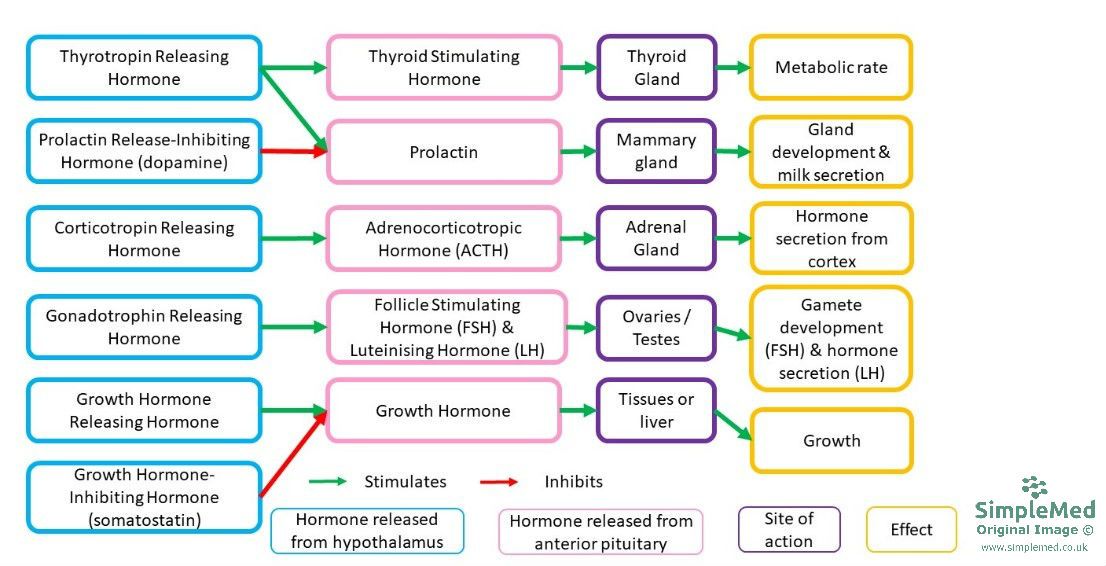 Whilst the image above gives a good overview of the hormones released from the hypothalamus, anterior pituitary, and their effect, there are a couple of additional pieces of information to note:

The main function of growth hormone is somatic growth (growth of the body). Growth hormone is the main regulator of growth postnatally (after birth), but growth is also influenced by factors such as genetics, nutrition, and environment. There are also some other hormones that influence growth other than growth hormone, these are listed below.

Table: Shows the hormones other than growth hormone   that have an effect on somatic growth

Growth hormone is a 191 amino acid protein hormone that has a signal peptide which must be cleaved before proper folding of the hormone can occur. Its growth-promoting effects are mainly exerted indirectly via insulin-like growth factors (IGFs), but it can also have direct effects on the body. In response to growth hormone, skeletal muscle and liver cells can produce and secrete IGFs.

There are two IGFs that exist in mammals:

Binding proteins modulate the availability of IGFs, and their action can be endocrine, autocrine, and paracrine. They act through IGF receptors to modulate hypertrophy, hyperplasia, increase in protein synthesis rate, and increase in lipolysis in adipose tissue.

Growth hormone and IGFs have different functions in children and adults:

Table: Shows the effects of growth hormone on the body 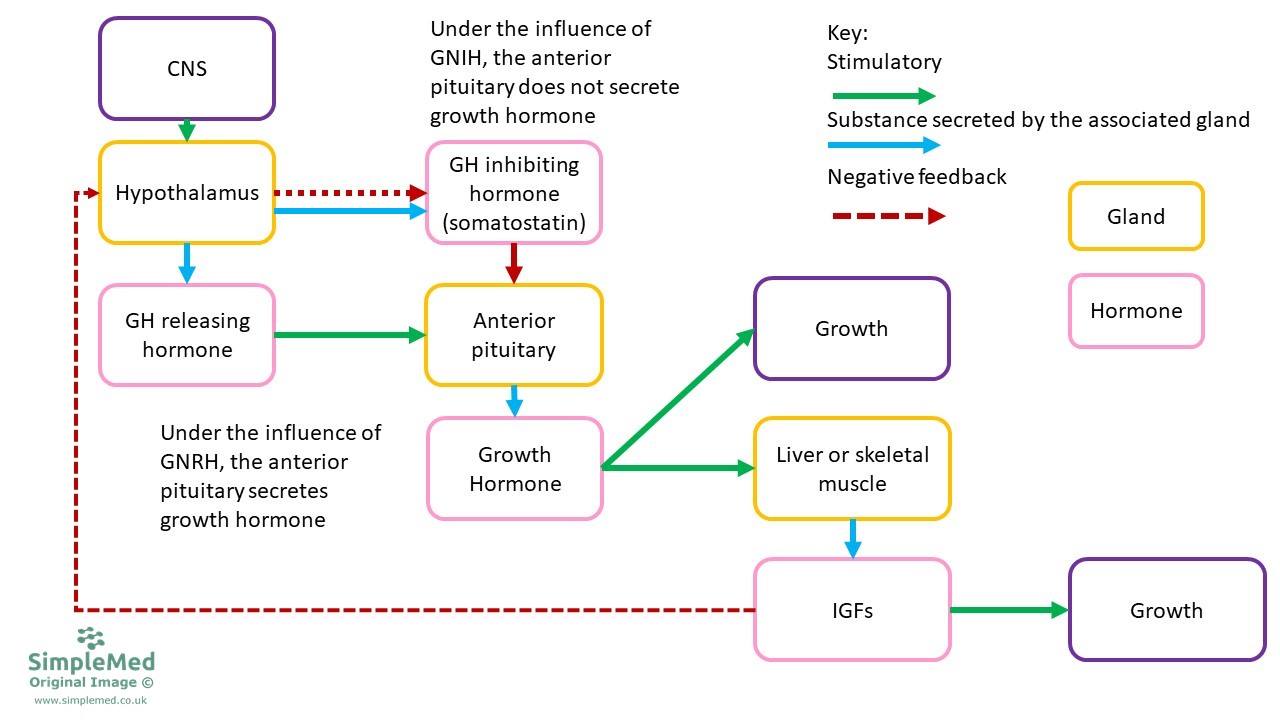 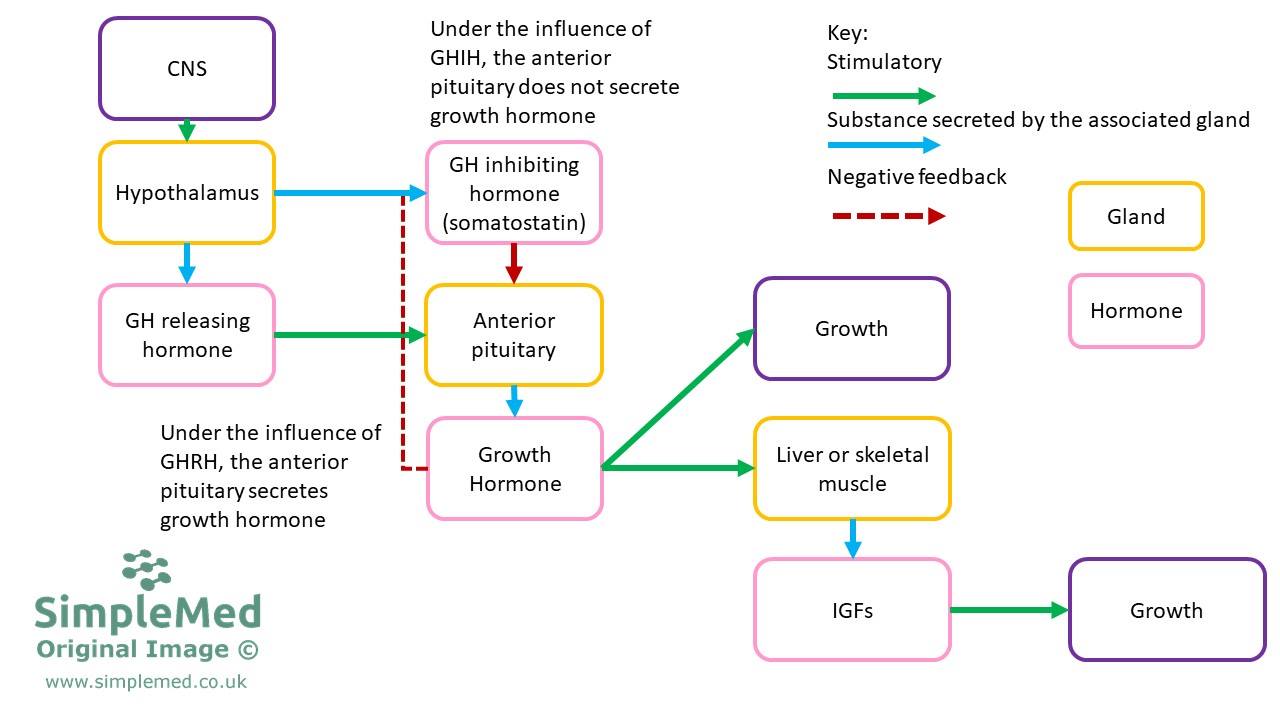 The regulation of growth hormone through the central nervous system is dependent on many different actions, which can themselves either increase or decrease growth hormone secretion. These factors can be seen below.

Table: Shows the different factors that affect the secretion of growth hormone

Gigantism is a condition caused by growth hormone excess in childhood, where the excess hormone encourages growth of the whole body. It is extremely rare and is usually caused by a pituitary adenoma. 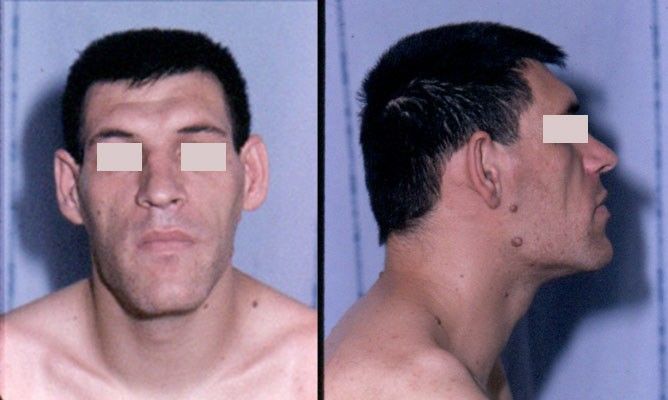