Next Lesson - Regeneration and Repair of Tissues

There are several different ways chronic inflammation arises. These include:

These cells are derived from blood monocytes. Their functions include: 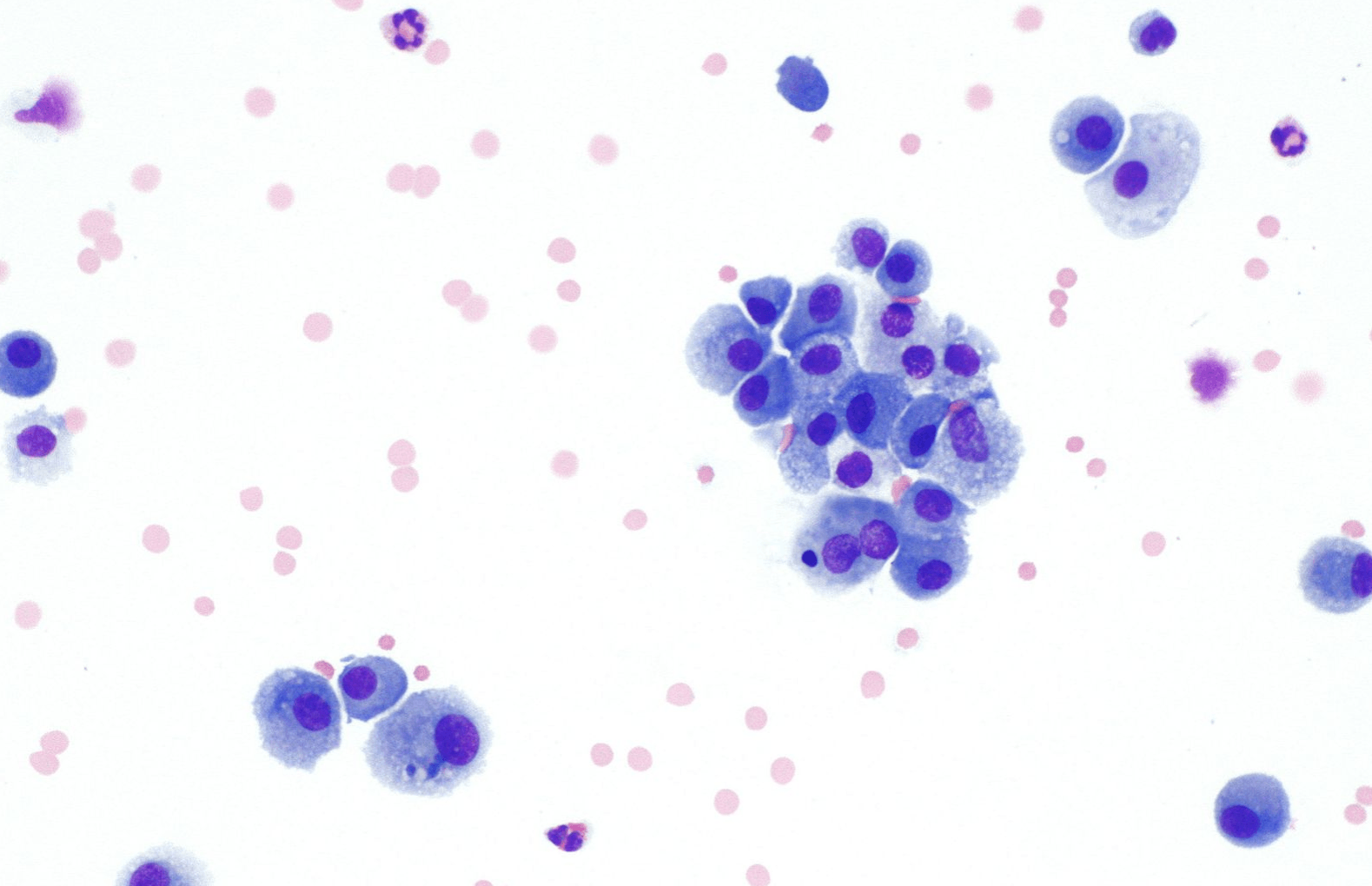 Image - Macrophages under a light microscope 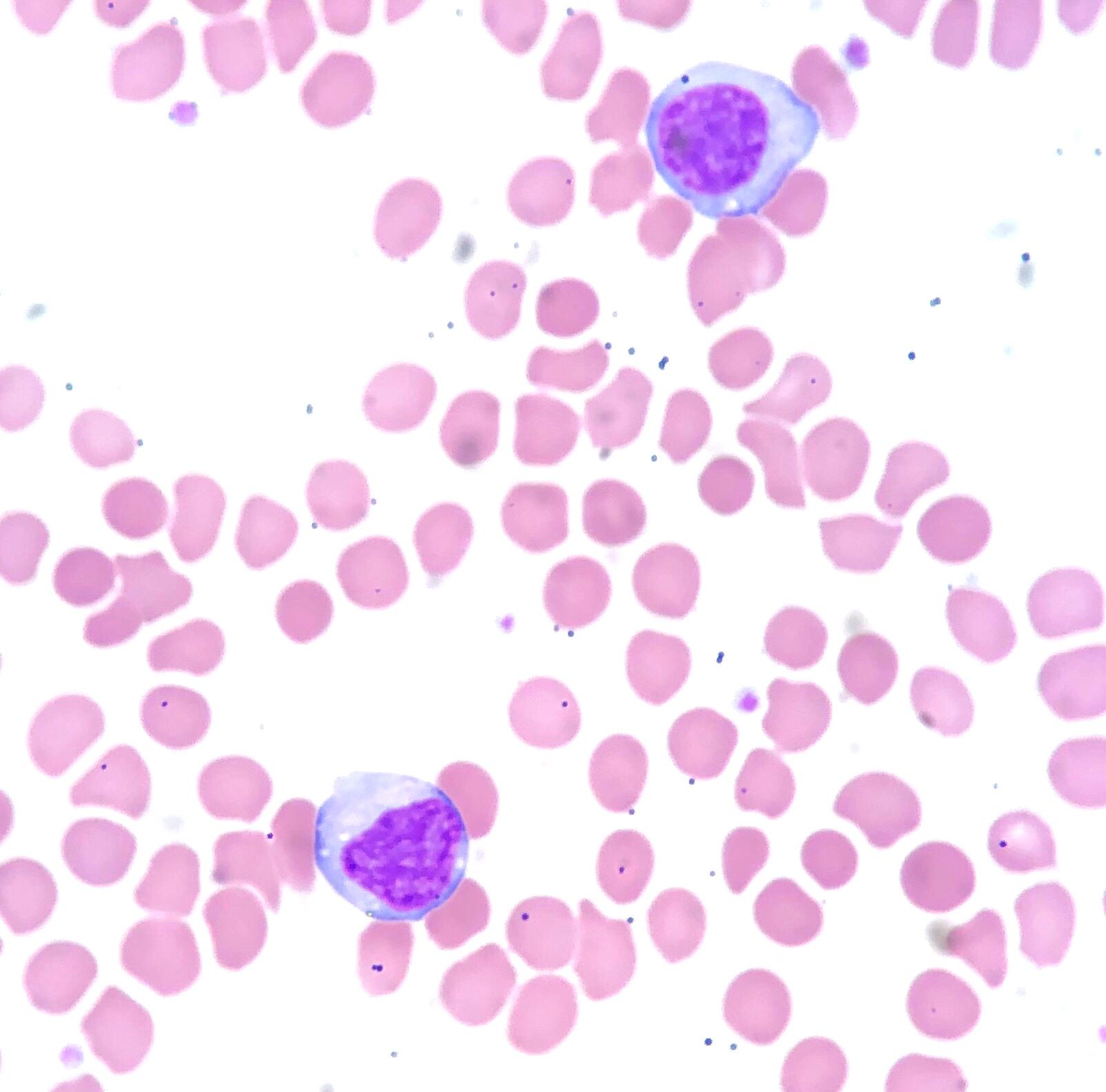 These cells are seen in large numbers with atopic sensitivity reactions such as asthma. They also attack large parasites such as worms and are present with some types of cancer for example Hodgkin’s lymphoma. 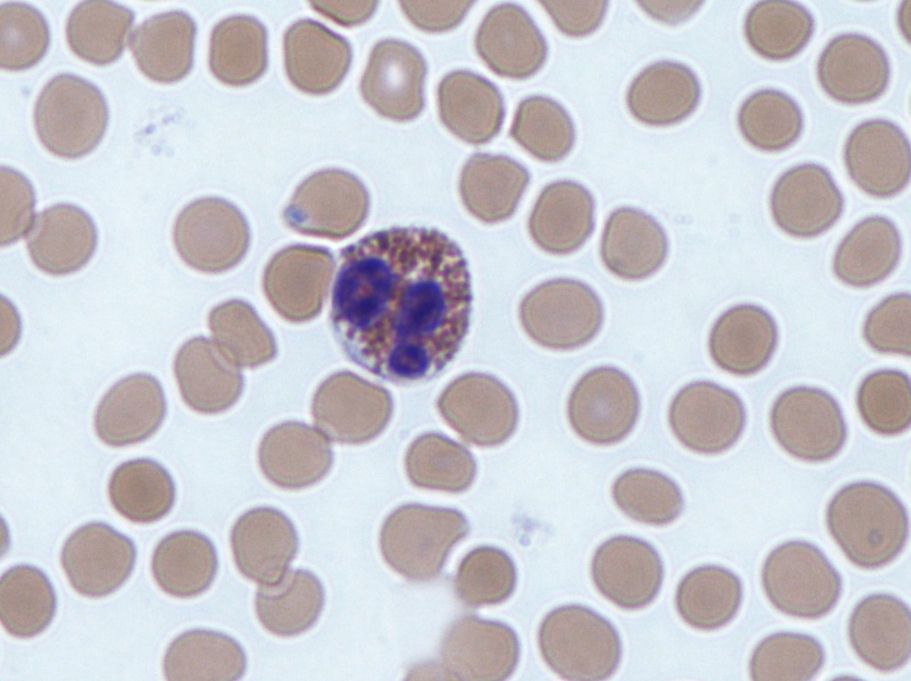 Image - Histological sample of an eosinophil

These cells respond to chemotactic stimuli to move to the site where they are needed. They play a role in wound healing and scar production by producing collagen, elastin and glycosaminoglycans. They can also differentiate into myofibroblasts which contain actin to be able to contract and close wounds.

In certain circumstances macrophages are unable to phagocytose, for example when there are foreign bodies or certain bacteria present. When this occurs, the macrophages fuse together to form giant cells that isolate the offending substance.

There are different types of giant cell and the type that is present can aid diagnosis:

Langhans Giant Cells – nuclei are arranged in the peripheral area of the giant cell. They are typically seen in tuberculosis (TB). The typical bacteria that causes TB, Mycobacterium tuberculosis, has a waxy capsule that resists digestion by macrophages. Macrophages therefore form a giant cell around the mycobacterium to isolate and contain it. 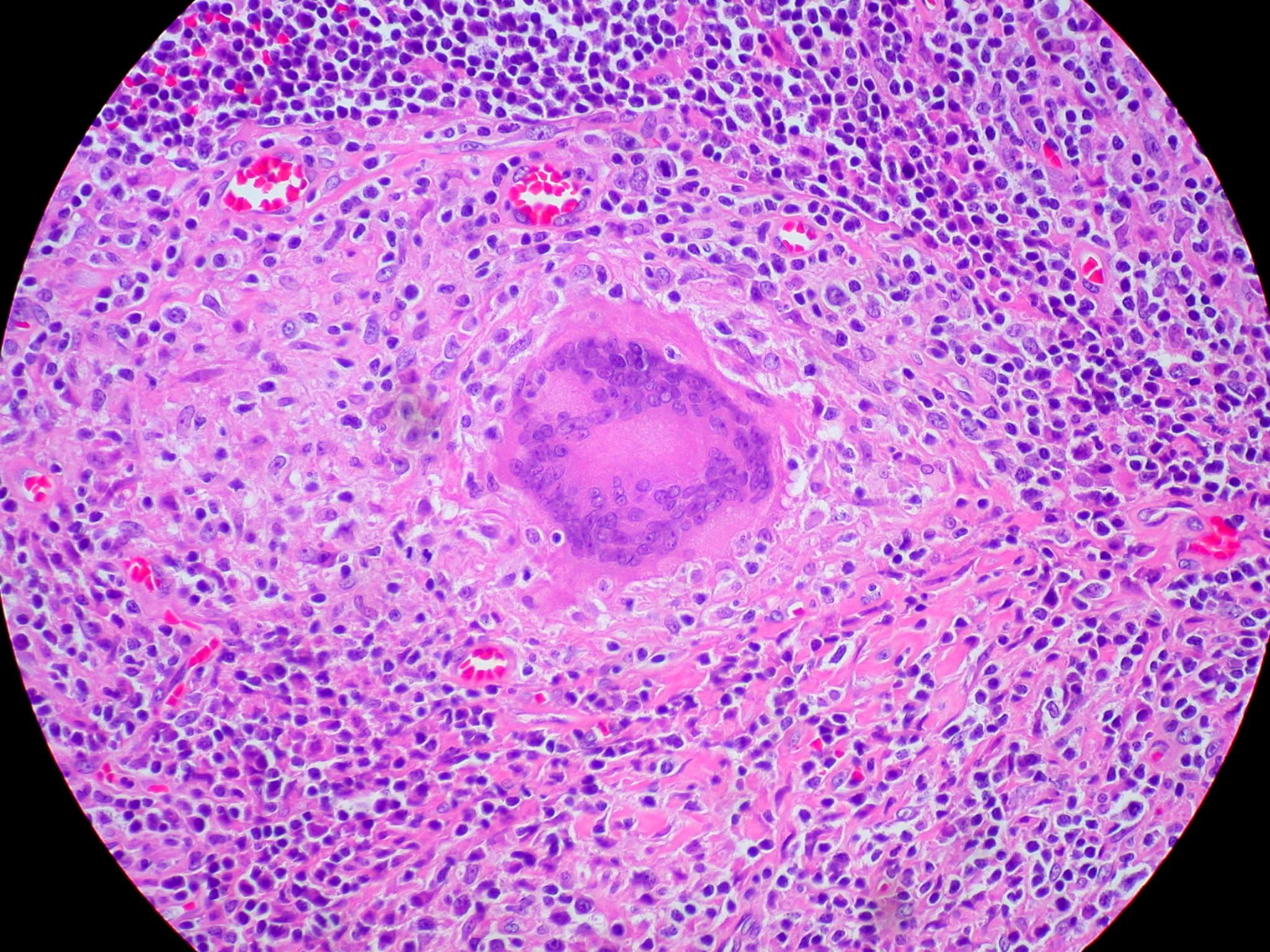 Foreign Body Type – nuclei are arranged randomly in the giant cell. They occur when there is a foreign body that macrophages can’t phagocytose.

Touton Giant Cells – nuclei are present in the centre of the giant cell. They are seen in areas with high lipid content, such as fat necrosis and xanthomas. These giant cells have a foamy appearance due to the pahgocytosis of lipid.

This occurs when fibroblasts are stimulated to produce collagen. This process is initially helpful as it produces a fibrous scar to replace lost tissue and wall off the infected area.

However, fibrosis can become harmful when it replaces normal parenchymal tissue of an organ, leading to impaired function of the organ. An example of this is when the liver undergoes cirrhosis. Long-term damage to the liver causes fibrosis and over time this scarring leads to contraction and shrinking of the liver which impairs portal blood flow. This causes portal hypertension which leads to ascites.

Inflammation is used by the immune system as a way of destroying its targets. However, it can occasionally cause inflammation at an inappropriate site. This occurs in autoimmune conditions such as rheumatoid arthritis. In rheumatoid arthritis the immune system attacks the soft tissues in the joints causing chronic inflammation. This leads to swelling and joint pain, and if untreated can cause joint destruction.

Sometimes chronic inflammation can be accompanied by the formation of granulomas.

A granuloma is formed when there are particles which are difficult to break down but need to be isolated and contained. These particles can include foreign bodies such as splinters, or bacteria such as Mycobacterium tuberculosis. Granulomas are a collection of epithelioid macrophages. These are macrophages which have been modified due to increased activity so look like epithelium. Giant cells can also be found in and around granulomas.

There are two general types of granuloma:

Granulomas can also be present in conditions without antigenic material such as sarcoidosis, Wegener's granulomatosis and Crohn's disease.