Inflammation is the rapid response to injury of any vascularised living tissue in order to deliver various defensive materials such as white blood cells and proteins to the site of injury. The purpose of inflammation is to defend against infection and to clear damaged tissue.

Acute inflammation is a type of inflammation which develops over the course of minutes, hours or days. If the inflammation lasts for weeks, months, or years and is associated with fibrotic changes then it is chronic inflammation.

There are 5 clinical signs of inflammation, which are as follows:

This process can be remembered through the memory aid – Raging Cows Trampled Down Fred, or Really Can't Tolerate Dead Languages.

Common causes of acute inflammation include:

Acute inflammation is innate (present from birth) and stereotyped (happens the same way no matter the cause of the inflammation), and is controlled by chemical mediators.

There are four stages of acute inflammation:

The first phase of acute inflammation is the vascular phase, which occurs in the following steps:

This process is controlled by different chemical mediators. Within the first 30 minutes the main mediator, histamine, is released from mast cells, basophils, and platelets. Histamine acts to dilate vasculature, increase vascular permeability and stimulate pain (dolor). As the inflammatory response continues it is mediated by chemicals known as leukotrienes and bradykinins.

Exudate is a collection of fluid, protein and cells that have left the blood vessel and formed in the interstitium. This exudate has several functions: 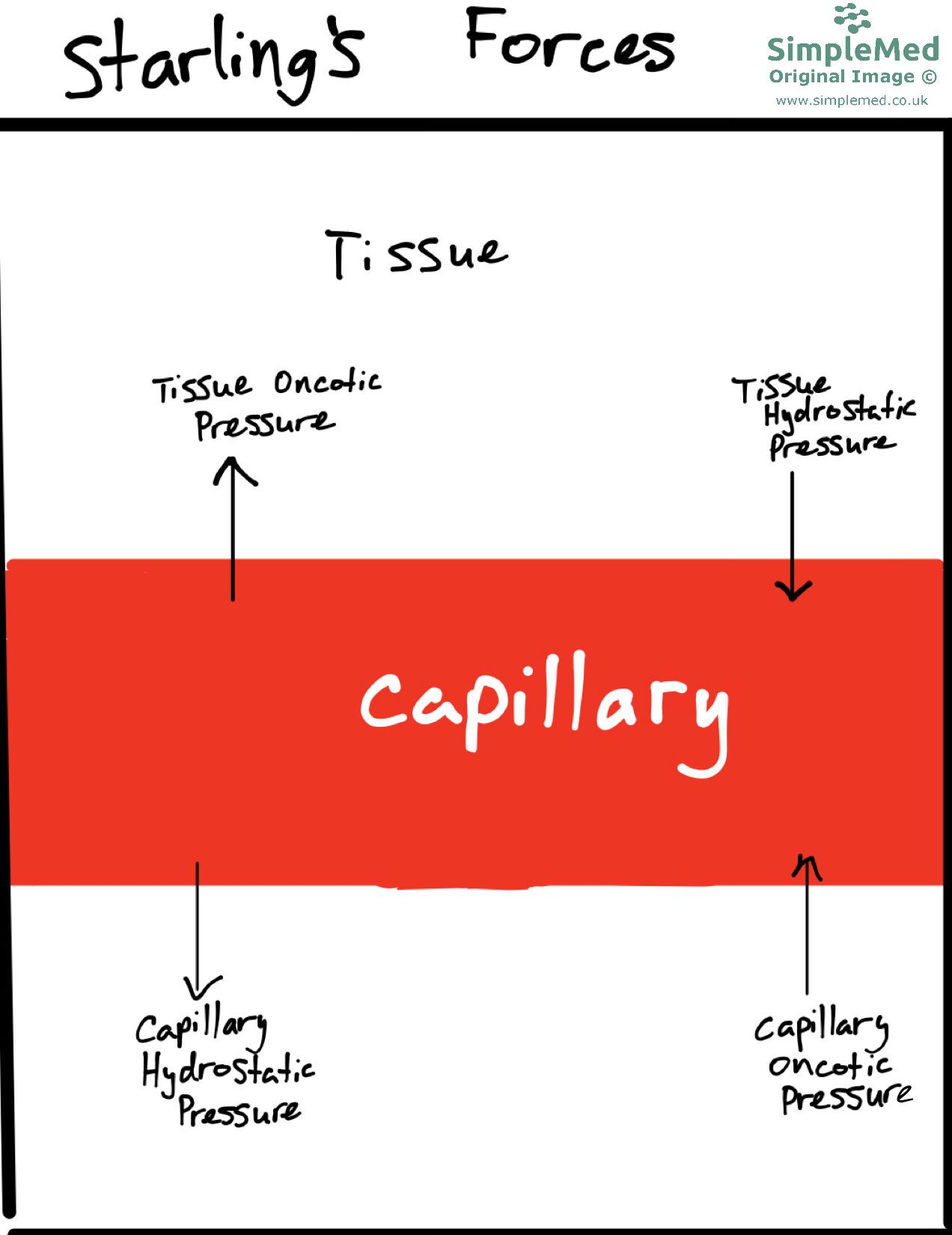 Before exudate can form, the vasculature must become ‘leakier’ to allow proteins and fluid to cross more easily into the tissue space. Vascular leakage can occur due to the following mechanisms:

Exudate forms via the following sequence of events:

The Role of Neutrophils in Acute Inflammation

The primary type of white blood cell involved in inflammation is the neutrophil, which is a type of granulocyte. Neutrophils are normally only found in the blood and bone marrow, and their presence in tissue indicates a pathogenic organism or injury is present. They have a lifespan of 12-20 hours and cannot multiply.

Diagram - The different granulocytes found in the body

Chemotaxis is the directional movement towards a chemical attractant. Both exogenous and endogenous substances can be chemotactic for leucocytes (see summary table). Within five seconds of the chemotaxin binding to the cell surface receptors the leucocyte undergoes conformational change to ‘activate’ it, which makes the cell more able to stick to microorganisms.

In most forms of acute inflammation neutrophils predominate in the inflammatory infiltrate during the first 6-24 hours. Neutrophils are replaced by monocytes in 24-48 hours.

Phagocytosis (cell eating) is the engulfment of solid particulate material by phagocytes, such as neutrophils. The process of phagocytosis is summarised in the diagram below. 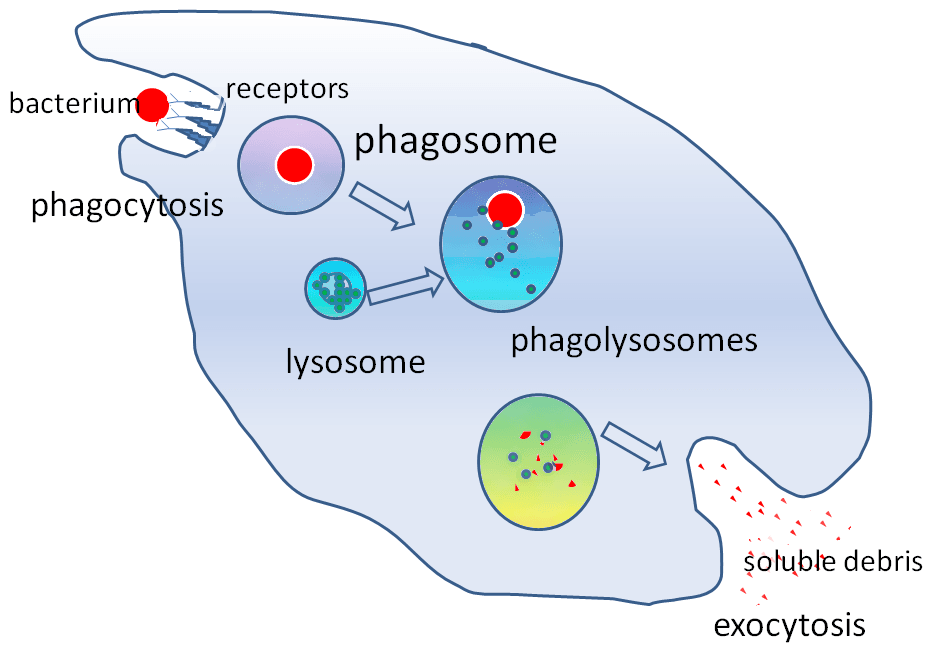 Diagram - The stages in phagocytosis

The membrane of the phagocyte forms a crater around the particle to be eaten. The edges then come together and the opposed plasma membranes fuse. The particle is then in a vacuole known as a phagosome. Lysosomes fuse with the phagosomes forming a phagolysosome. Chemicals are released that break down the engulfed particle. The debris are released by exocytosis.
engulfed cells can be killed in one of two ways:

A Summary of Chemical Mediators of Inflammation

What Can Happen After Acute Inflammation?

With resolution the changes gradually reverse and vascular changes stop: