To understand the structure and endocrine function of the pancreas

The pancreas is a large gland that develops embryologically as an outgrowth of the foregut, and can be found posterior to the stomach. The body of the pancreas is situated in the left upper quadrant of the abdomen. 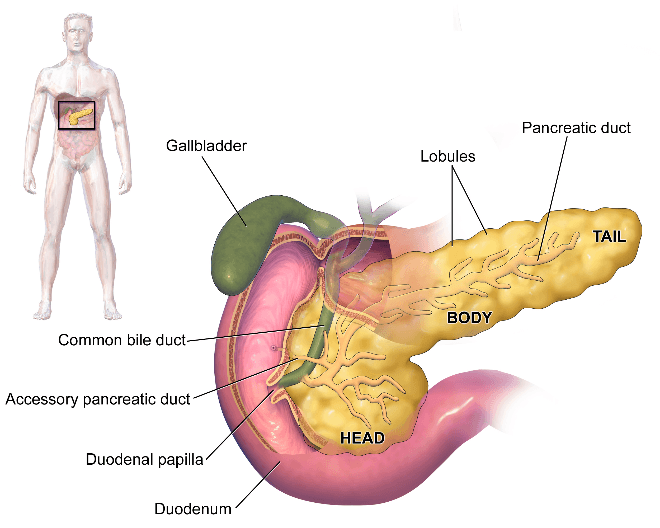 Diagram: Shows the location and basic structure of the pancreas

The endocrine function of the pancreas is to produce hormones from Islets of Langerhans. Islets of Langerhans are made up of α and β cells, which act to secrete insulin and glucagon respectively. The functions of insulin and glucagon are to regulate the metabolism of carbohydrates, proteins and fats. Insulin works to lower blood glucose levels, whilst glucagon works to raise them.

The brain uses glucose at the fastest rate in the body, and relies on the blood for its supply. The plasma glucose reference range is normally 3.3-6mmol/L, and 7-8mmol/L after a meal. The renal threshold is 10mmol/L, but is lower during pregnancy and higher in the elderly. Glycosuria is the point at which glucose begins to appear in the urine. Insulin and glucagon work synergistically in order to keep plasma glucose concentrations within the required limits.

Diagram: Table showing the differences between insulin and glucagon

Insulin is the hormone of energy storage. It is anti-gluconeogenic, anti-lipolytic and anti-ketogenic, meaning insulin acts to promote the storage of glucose. It is a peptide hormone with an α-helix structure, consisting of two unbranched peptide chains connected by two disulphide bridges. Insulin is synthesised in pancreatic β-cells via the following pathway:

Insulin is then released from the pancreatic β-cells via the following pathway: 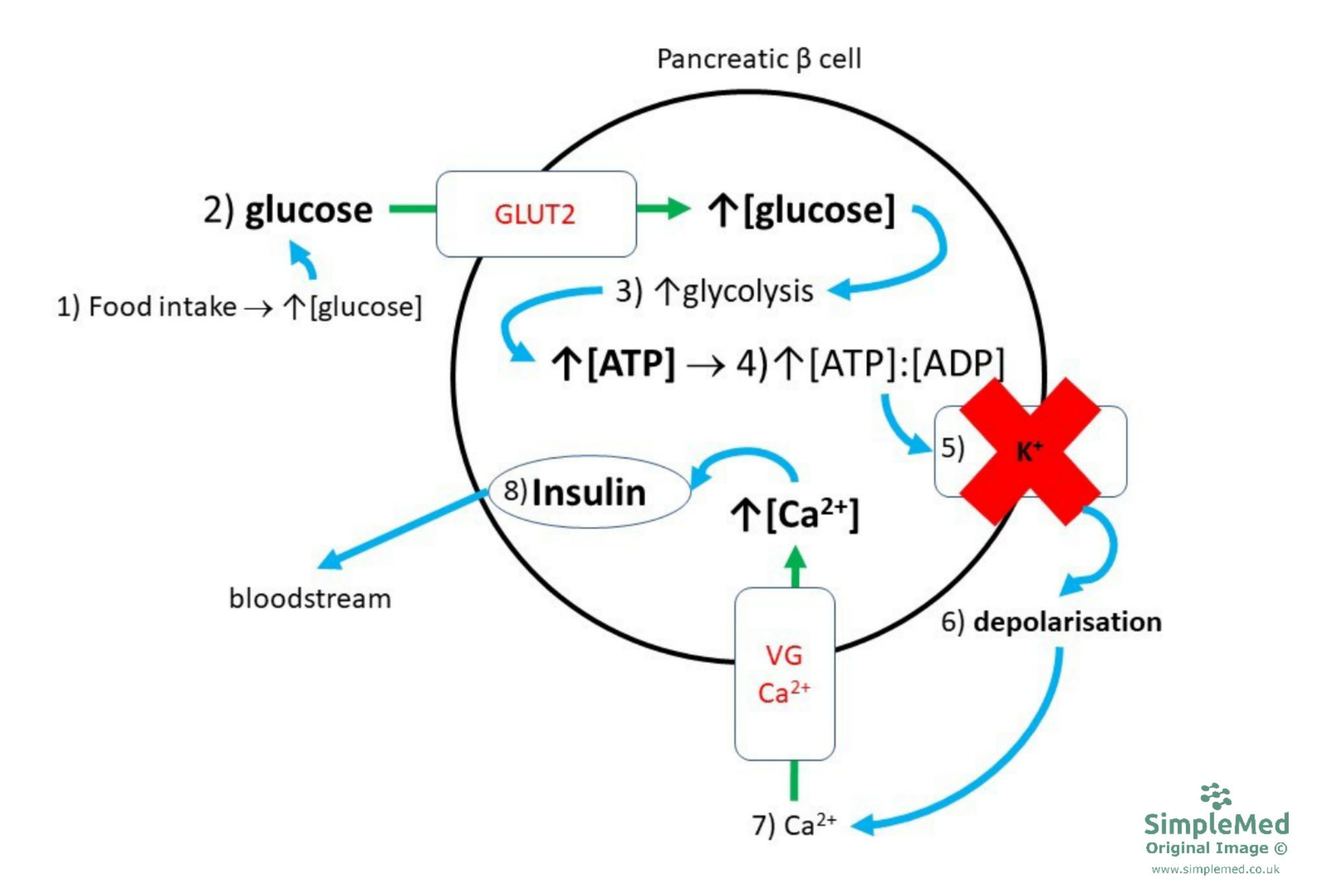 Diagram: Outlines the release of insulin from pancreatic β-cells

The release of insulin then increases the uptake of glucose into cells of target tissues (liver, adipose, skeletal muscle) via the insertion of GLUT4 channels and an increase in glycogen synthesis. Insertion of GLUT4 channels allow glucose to be transported across the target cell membrane. Insulin receptors are dimers with two identical subunits, made of one α and one β chain connected by a disulphide bond. The α chain is on the exterior of the cell membrane, and the β chain spans the membrane in a single segment.

Glucagon is the hormone that opposes insulin. It acts to raise glucose levels, meaning that it is glycogenolytic, gluconeogenic, lipolytic and ketogenic.

Glucagon is a 29 amino acid structure comprised of only a single polypeptide, meaning its synthesis is more simple than insulin’s. It is synthesised in pancreatic α-cells, where it is packaged into granules and secreted in response to low glucose levels.

Glucagon is most active in the liver, in which it functions to increase the rate of glycogenolysis, stimulate gluconeogenesis and stimulate lipolysis to increase plasma fatty acid concentration. If a diabetic patient is experiencing hypoglycaemia and cannot take sugar orally, glucose can be administered to raise blood sugar levels. 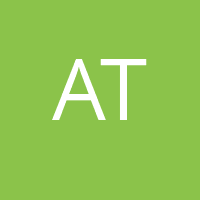 Hello, I think this should be the other way around with alpha cells producing glucagon.

Alice Taylor
There are no comments posted here yet